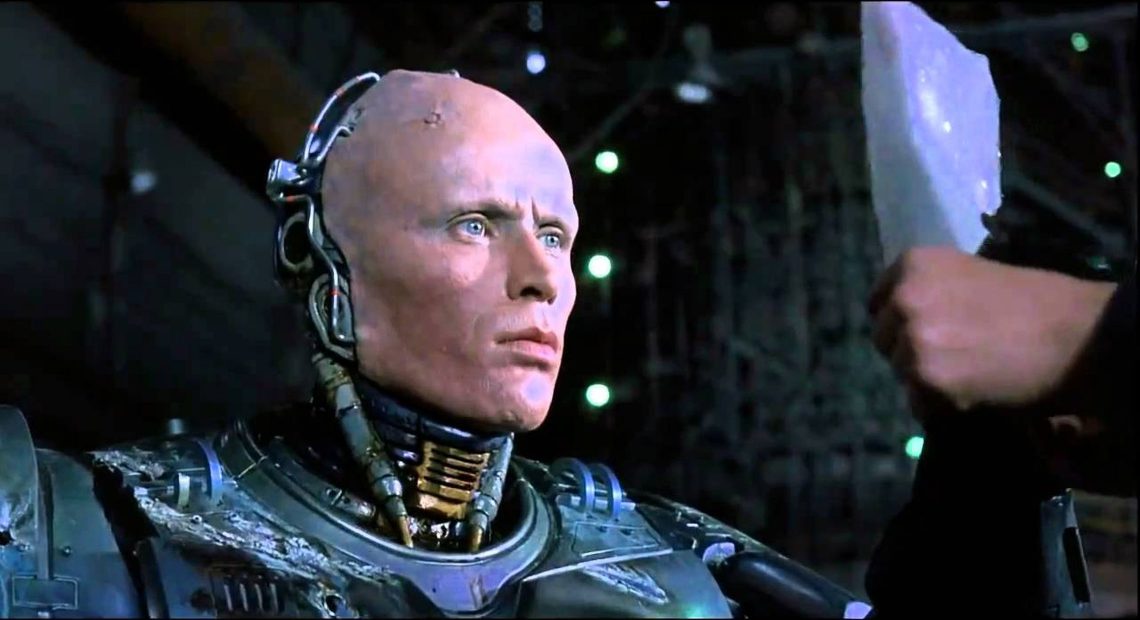 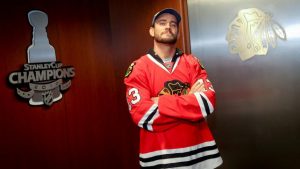 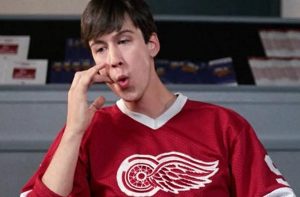 Your Move, Creep: Winging It In Motown

Now we come to the second dance with our ancient enemy, the Detroit Red Wings. While the Wings themselves may be a subway car filled with dead clowns, they managed to blow the doors off the hovercraft filled with sexual predators that is Nashville on Saturday night. Just goes to show that in any given game, even the shittiest of NHL teams can pull one off.

Before their skulling of the Preds, the Wings had gone through a 1-8 stretch that saw them give up the kind of numbers usually seen at Wrigley when the wind is blowing out. They managed to give up 30 goals in that span, and that includes the one game where they held the Panthers to a whopping two goals.

The Wings on the back end are a mess, as they just threw former Cornerstone of the D-Corps Danny Dekeyser and his 5 million cap hit on waivers this morning. Dekeyser had only played 10 games this season due to various maladies, but was originally thought fairly highly of by the front office (clearly, since they signed him to a contract with that kind of paper attached to it). Now assuming he clears waivers (based on that contract, a virtual certainty) he’ll find a home in Grand Rapids or on the Wings taxi squad.

Other than the dearly departed Dekeyser, the Wings D includes such stalwarts as Marc Staal, Patrick Nemeth and Filip Hronek. Despite this rotating cast of characters the Wings D-men have still managed to give up 3 less goals than the Hawks, which can be directly attributable to the presence of Nikita Zadorov.

Behind that Chinese Fire Drill you have the recently returned from injury Jonathan Bernier and Thomas Greiss, who actually haven’t been terrible thus far. Together the two average an 83.33 save percentage on high danger chances, which is good enough for 9th best in the league. Bernier’s stats, while fairly ugly on the surface, have kept the Wings in games long enough for them to merely lose by 1 or 2, as opposed to the 4 or 5 it could be.

Despite all the issues with the D listed above, where the Wings truly shine in their incompetence is on the offensive side of the puck. I had to look up to make sure this was the case, but the Wings don’t have a single player who has scored double digit points thus far. Anthony Mantha, Dylan Larkin and the aforementioned Filip Hronek have 9 each, and Bobby Ryan has 8. Some of this is due to the fact that the Wings are completely unable to create any high danger chances for their forwards. The team as a whole has only generated 93 high danger chances so far, 9th worst in the league. If you adjust that for games played, they’re 3rd worst. Only Anthony Mantha and Dylan Larkin have more than 35 shots on the team.

As for the Hawks, after their comeback in the 3rd Saturday night despite getting domed in possession, they currently sit tied with Carolina, Columbus and Dallas for 2nd overall in the division with 18 points. They lose out big time, however, if the league decides to go to win percentage as a tiebreaker (as they will almost certainly have to do, due to the fact that some teams have a higher viral load than the playpen off the Chicago shoreline in July).

Kevin Lankinen bounced back nicely from urping all over himself in the first game against the Jackets, only allowing an absolute top shelf snipe from Laine and a tip shot from Cam Atkinson. He should get the cage in at least the first game, though I wouldn’t be shocked to see Malcom Subban take one as it appears he’s locked up the backup job after his performance in Dallas.

On the scoring side of things, the Hawks PP continues to be weapons-grade and should prove to be too much for the scattershot PK of the Red Wings. Last time out, the Hawks netted 3 power play goals in the series, and that was before the unit really found it’s stride. Look for DeBrincat and Kane to continue their psychic connection with the man advantage.

As for the 5 on 5 play, the Hawks have managed to actually pot a few goals recently at evens, though the team continues to be underwater most nights possession-wise. Some of this could be helped if players like Ian Mitchell, Beaudin and Boqvist (if he can get out of the pressbox) are allowed to carry the puck out of the zone using their speed and creativity. This would take the pressure off the wingers attempting to move past the blue line and into the neutral zone, allowing them to enter the attacking zone with some speed. We’ll see if Colliton is willing to live with the mistakes that can occationally pop up with those things.

The Hawks D continues to be an adventure in their own end, as without Connor Murphy to take up minutes Duncan Keith has been forced to shoulder a larger load. Duncs averaged about 25 minutes per night in the Columbus series, and despite his superhuman training regimen will not be able to keep up that kind of pace. Ian Mitchell played almost 40 minutes in the series and scored his first career goal, as did Nicholas Beaudin. Both are still fairly raw in their own end, however, and Zadorov isn’t helping. Also scratching Boqvist in favor Lucas Carlsson and letting the kid actually learn from his mistakes might be helpful in the long run. Which is the entire point of this season, if you think about it.

All told, if Lankinen and Subban do their part and the PP doesn’t suddenly fall off a cliff the Hawks should (SHOULD) handle the Wings this week. Granted now that I’ve gone from clinically depressed to cautiously optimistic about this team, this is where the wheels will fall off and the Wings will double up their offensive output in a single series. Hopefully I didn’t just motherfuck this into existence. It’s highly unlikely, as if you take out the first game against the Jackets the team has looked fairly competent overall…and dare I say FUN.