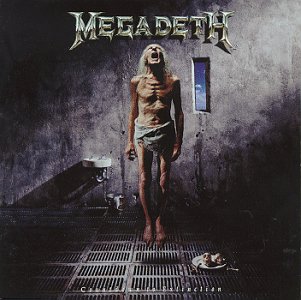 The Hawks surprisingly continue to not suck, eking out wins under Derek King and his amusing, incredibly human personality. After adapting to King’s style of defense, the team has seemed calmer, more in sync and surer of themselves. And considering how horrifically this season started (in more ways than one), I’ll take it at this point.

The Blackhawks’ defensive zone coverage at least makes sense, even without shutdown players like McCabe and Murphy in the lineup, and you’re hard-pressed to find a guy out of position these days, limiting the chances of their opponents pretty well. Of course, many teams in this league are just more talented than the Hawks which will lead to losses on occasion. But considering the garbage effort that was trotted out under Coach Vinny del Colliton, this more boring style of hockey is a welcome change. Maybe we can try out a regulation win or two?

The Hawks were able to win this one in spite of all odds, albeit in a shootout. But the entire team had a pretty good game, which included keeping the greatest goal-scorer of all time, Alex Ovechkin, without a goal that night. They also did it without Connor Murphy, who got hit by Ovie early into the 2nd period and had to leave the game to go into the dark room.

Kane and the Cat started things off near the end of the 1st period, their playmaking abilities on full show with a nifty goal that beat the goaltender backhand. Barely a minute into the 2nd period, however, the Capitals tied the game after, shockingly, Erik Gustafsson couldn’t break up the play.

Despite the Capitals dominating the possession game in the 2nd, the Hawks were able to take back the lead with not only a powerplay goal, but one by Dominik Kubalik, who was set up by DeBrincat. Amy’s Eldest made a good play near the blueline to keep things alive as well. Though the Caps ended up scoring two goals to take the lead back thanks to a Fleury fumble and a breakaway glove save gone wrong, the Hawks rallied back late to tie the game up thanks to a goal by Amy’s Eldest. Getting a point was just about all I was hoping for this game.

Nobody scored in overtime thanks to the goalies on both sides, and then Fleury had some good luck in the shootout as two Caps in a row hit both goalposts. Luckily it was enough to give Kane the opportunity to win it in the shootout in a way only he can.

The Hawks won’t win them all, but I was pleased with the effort they put into this game and the fact that they didn’t seem to give up when they were down two (again). Both teams played quite conservatively to begin this game, with four shots total halfway through the first. And the Hawks even scored first (again) on a nifty play by Hagel, who swatted the puck out of the air and behind him for Kane to bury into a wide-open net. Now his goalless streak has been snapped.

Unfortunately, Dylan Strome’s brother Ryan scored shortly into the 2nd period to tie things up for the Rangers after a penalty by Borgstrom put the Hawks on the kill. Ryan Strome was set up easily by Adam Fox and old friend Artemi Panarin to get the puck past a sprawling Kevin Lankinen. Fox and Panarin would later team up again near the end of the period to get the Rangers the lead, sneaking the puck just under Lanks and into the back of the net.

The Hawks continued to get chances through the 2nd and 3rd, but Anton Georgiev was able to stop just about every shot. Panarin scored in the 3rd to seal the deal for the Rangers, although the Hawks’ effort in the waning minutes of the game should be commended. The Cat got a weird goal after a shot that was originally saved by Georgiev ended up just barely sliding across the goal line as he is absolutely clobbered by Kirby Dach in the paint. King pulled Lankinen in the final minute or two of the game, but the Hawks weren’t able to tie things up. We are going to need some steadier production from guys like Kane and Kubalik in the future, as relying on only two guys for all of your offense isn’t a good long-term plan for success.

The Islanders were coming off their 10th straight loss with this game and it certainly showed. As expected, the level of offense to watch this game was quite low, as both teams play more defensive-minded games.

And dear God did this one drag awhile. There were only 18 shots between the teams by the end of the 1st, but the Hawks went up with The Cat’s slapshot going off Hagel and into the back of the net. The Islanders had only eight shots in the first period, though it seemed like less because of the Hawks defense breaking up a lot of chances, plus the occasional sprawling save by Marc-Andre Fleury. Neither of these teams have a lot of offense firepower, after all.

The Islanders were able to tie it up nearing the end of a powerplay chance they had in the 2nd. Unfortunately a myriad of sloppy plays made the second half of the period an especially PK-heavy period for the Hawks. Luckily for them, it was Dylan Strome in the 3rd who put them in the lead, a goal he sorely needed for his confidence going forward. In a game where I thought the Hawks were doing way more passing than they were shooting, that was a super neat passing sequence by the Hawks that gave Strome the open net.

Unfortunately, the bad penalties kept coming for the Hawks, as it was now the turn of Amy’s Youngest to be sent to the box for interference. The Hawks can thank the acrobatics of Fleury and the sludge that is the Islanders powerplay for getting out of that one unscathed. Unfortunately, he wasn’t able to keep the Islanders from tying the game up with only two seconds left in regulation. After just about the most boring 3-on-3 that can exist with only a few shots off from both teams, Kane scored the only goal in a meaningless shootout (again) to get the Hawks two points.

They seem to be turning their season around, albeit far too late to make the playoffs and therefore losing their first-round pick for this year’s draft. Though that pick would be extremely valuable to the team’s future, I’d certainly rather see a good effort like the Hawks are putting in every night than watching them tank to keep their first-rounder. And yes, I’ll probably regret feeling this way in the next year or two. The Rangers, Canadiens and Leafs are next week—let’s hope for 2 out of 3.