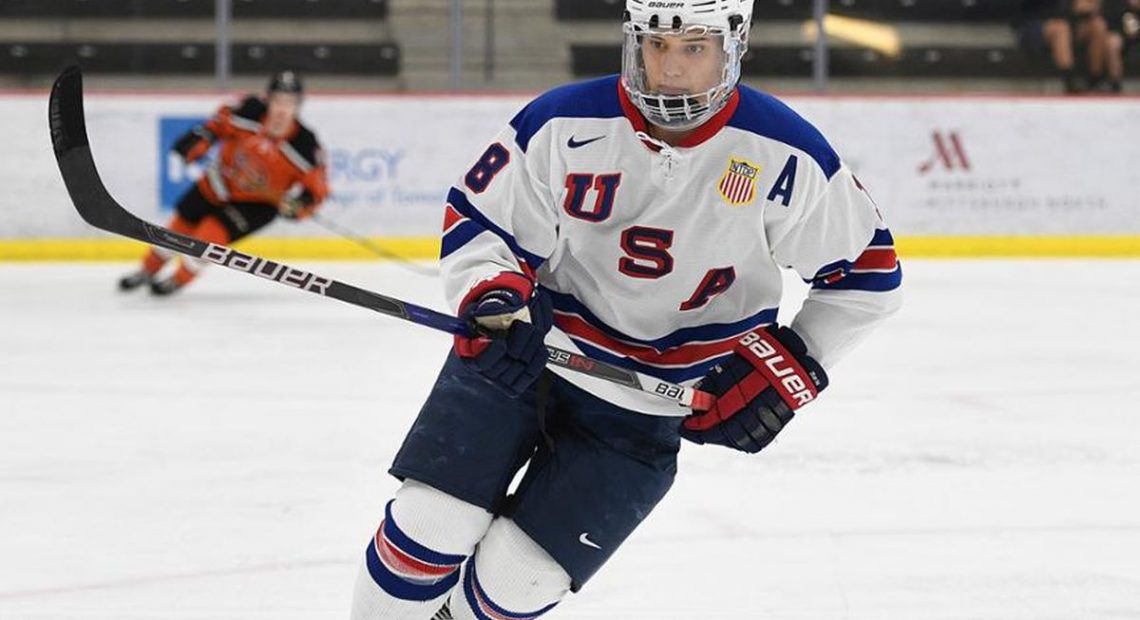 After two of the dream picks yesterday, we move to the likelier draftees for the Hawks. And even Oliver Wahlstrom might be a stretch. But some mock drafts have him getting to #8, and some even have him falling farther than that.

There are some who will tell you that Wahlstrom is the best offensive talent, or potential to be, in this draft. He might be the best American in the draft, ahead of Tkachuk and Hughes as well. There’s certainly a lot to work with here.

Wahlstrom was significantly the youngest player invited to last summer’s US Junior camp, which is what makes everyone take notice. Some will tell you he already has a professional-level shot, especially one-timer, which Wahlstrom himself has already boasted about. Whenever Wahlstrom gets to an NHL team he’ll already have a weapon that can contribute even if every other part of his game has to be brought along.  You could plug him on the left side of your power play and probably get 8-10 power play goals from jump street.

Wahlstrom isn’t just a sniper, though that’s the main feature of his game. He’s got good enough hands and vision that some have suggested he can play center, but wing appears to be where he will star. He’s also not small at 6-1, but is more than an average skater. Other than Svechnikov, there might not a better offensive force in the draft.

What’s even more intriguing about Wahlstrom is what he might spend next year doing. He was slated to go to Harvard, but considering that no one ever leaves Harvard early he’s now slated to attend Boston College. Wahlstrom holds dual-citizenship in Sweden, and it might make the most sense for him to play in Sweden in a professional league for a year. But given BC’s prowess and rep for building talents to be ready for the NHL, that’s where you’d likely find him.

And Wahlstrom is only going to need a season either in Europe or college. He’s already got NHL-level skills in one area, which means any team would get production from the first year of an ELC without wasting it by having him do anything the AHL. For the Hawks, they are short on top six talent in their pipeline, now that DeBrincat and Schmaltz have become part of the NHL roster and important ones. Sikura and Ejdsell are basically what they have bubbling underneath the surface. So adding someone of Wahlstrom’s quality would immediately make him the best forward prospect they have.