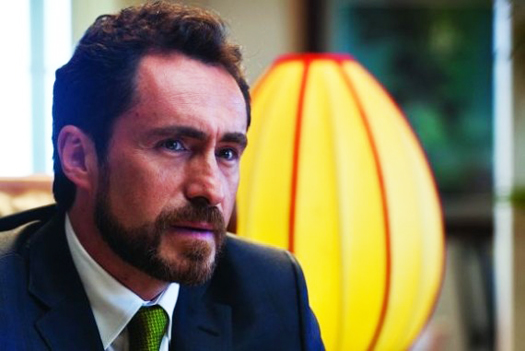 Bichir’s acting career dates back as far as the late 1970s in Mexican telenovelas, but American audiences first got acquainted with him during season four of Weeds as Tijuana mayor Esteban Reyes, even if the show had probably already jumped the shark by then anyway. But he was able to parlay that role into other higher profile gigs in American cinema, including bearded turns in Savages and A Better Life;the former as a neatly groomed lawyer for a drug cartel, and the latter a struggling immigrant with salt and pepper scruff, which earned him an Academy Award nomination for Best Actor in 2012.

Recently, those very same acting chops and facial hair have been on display on The Bridge, where Bichir plays detective Marco Ruiz, delivering a powerful performance as a cop trying to solve a series of murders on the border between El Paso and Juarez, and becomes personally embroiled in the proceedings. So instead of going out among the masses tonight for horrible margarita drink specials at some bar filled with gringos anyway, go drop nine bucks on a twelver of Tecate and binge watch The Bridge instead, if only to marvel at Bichir and his beard.

Tags: Beard of the Day Beards Demián Bichir Nancy Botwin is a sociopath