You Used To Be Silver: Hawks at Stars Preview/Band Camp 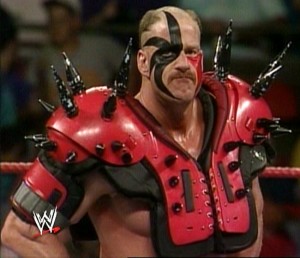 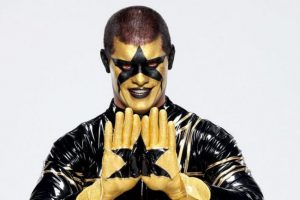 The Hawks get the chance to back up their streak-snapping win on Thursday by playing another expressway of a defensive team, the Dallas Stars. It would behoove them to get it, because next week’s slate of Wild-Jets-Oilers before the bye week is looking a bit nasty at the moment, considering either the standing of those teams or their previous record against the Hawks the past couple seasons or both.

Sometimes, this whole analysis projection thing isn’t all that hard. You look at the Stars before the season starts, realize that they have no goalies, their defense is either really young, really old, or really wayward and you figure, “This team is going to give up an ass load of goals.” And what do you know? They’ve given up an assload of goals! Only the Yotes and Avalanche give up more goals per game than Gang Green here, and they’re not much better in giving up chances and attempts per game (though somehow they’re better at the former than the Hawks, which is fucking frightening).

The Stars aimed to outscore their problems at the other end, but injuries and offseasons from some have kept them from doing so. As the injuries go, Jason Spezza will begin a long absence tonight after reportedly borking his shoulder on Thursday. Benn has missed some time this year, Eakin missed a bunch and has been bad since his return, Patrick Sharp barely knows where he is at this point, Jiri Hudler has been such dynamite he’s been a healthy scratch lately (remember when we were advocating signing him? Can’t win them all). All of it adds up to a worse attack than last year, even if Patrick Eaves having the same amount of goals as Marian Hossa makes you question whether there really is a higher power or not.

Of course, the goalies have been terrible because they’re terrible goalies. Lehtonen will make his third straight start tonight, after Niemi was the latest to leave puddles of bodily fluids around the crease. Lehtonen did make 40 saves against the Leafs after the break, but then gave up four on 29 shots against the Jets on Thursday. So yeah, you wouldn’t expect the Hawks to have a goal-shortage tonight.

For the Hawks, Crawford will get the start. The only other change appears to be TOOTBLAN coming in for Desjardins, firmly fitting in the “Who the fuck cares?” category. The rest of the lines will remain the same.

The Hawks have basically thwacked the Stars three times this season, because the Stars want to play open and fast but aren’t nearly secure enough to keep the Hawks’ big guns (#1) off the scoresheet and haven’t been able to sport a full lineup to try and go fireworks factory with them. That may still be the case tonight with Spezza out, though Seguin returning to center is hardly a detriment. Ruff hasn’t really chased matchups in the past but you’d think you’d have Seguin trying to fire out against The Russian Spies to keep them in their own end. These games are rarely boring, and you wouldn’t think this one would be any different with the Stars really needing to put a streak together to get back into the playoff picture.