Once More Unto The Breach: The Committed Indian’s Season Preview: Biggest Weakness 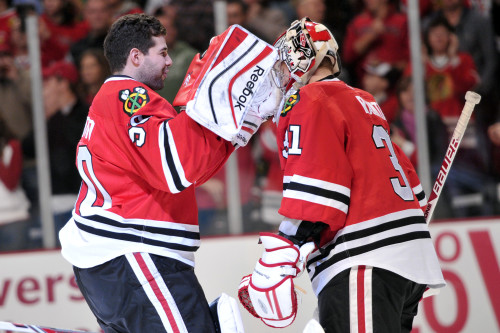 The Hawks addressed what many said was their biggest weakness by signing Brad Richards for the 2nd line center spot, so ….What is the Hawks biggest weakness now if Richards pans out? Which team(s) in the west is the best equipped to take advantage of this weakness?

This is a tough one, because looking over the roster there certainly aren’t any glaring holes. And while I’m heavily tempted to say the head coach is the biggest weakness because I’m a giant smartass, that almost certainly isn’t true and even if Q has faults (at times crippling ones) the things he does well help make this team the force that it is.

So, where should we look?

There will be a large faction of people who will suggest that the Hawks’ biggest weakness is in goal. I guess it’s relative, that when you have possibly the deepest blue line in the league and possibly the deepest forward corps as well, the crease probably has to be by definition the weakest point.

But that would ignore Corey Crawford being the best Hawk in the first two rounds of the playoffs (at least after Game 2 against St. Louis) and though his numbers against L.A. weren’t exactly worthy of a Dylan song, the eye-test tells you he held up pretty well under what was immense attacking pressure from the Kings.

Is Crawford a star? Of course not. We now have four full seasons of Crawford, and that’s a pretty good sample size. Before last season, we reasoned that Crow probably wasn’t as good as his Jennings-winning season of 2013 where he posted a .926 SV% and a 1.96 GAA. Nor was he as bad as the year before where he could only manage .903 and 2.72. We said that his rookie year, of .917 and 2.30, being right in the middle of those two was probably a good standard of expectation for Crow.

What did he do in ’13-’14? .917 and 2.26. Almost exactly his rookie year. While he’s capable of swinging to either side of that number, that’s probably what you should expect. And that’s just a tick over league-average. He’s not Tuukka Rask, but he’s not Devin Dubnyk either (actually he’s a better Ryan Miller, whatever that does for you). Seeing as how the other two units of the team are among the league’s best, just a tick above league average is the weakest point. Though not sure you can call it a weakness.

Crow could have better numbers if he can bring up his PK numbers. As we know, the Hawks’ PK can swing from dominant to utterly helpless, sometimes within weeks of each other. Crow’s even-strength percentage was .925%, which was 10th among NHL starters. But his .864 SV% shorthanded most certainly was not. The year before that his ES SV% was .934 but his shorthanded one was .896, which was among the best among starters. I think we can safely say that Crow’s PK SV% will come up just due to the law of averages, which should pump up his overall save percentage.

What is a weakness is the backup situation. Because the Hawks are capped out, they haven’t been able to get a steady, veteran, back-up type to support Crawford and leave Raanta to play regularly in Rockford, which is probably what he needs. After Crow returned to health at the turn of the year and Raanta was relegated to backup solely, he was pretty awful. Raanta only had nine more starts in 2014, and his GAA in those games was 3.44. The Hawks only won three of those games, and we know those points ended up mattering in the division race. While there may be no such thing as an easy first round matchup in a division that features St. Louis, Dallas, Minnesota, and Colorado, you’d like to win the division if at all possible. The points that Raanta spits up could be vital if he doesn’t show rapid improvement, and do so while only playing once every two weeks or so.

It’s easy to say that a world class goalie could stand up to the test of the Kings, but seeing as how they pretty much scorched the best one on Earth in the Final, that guy might not exist.

Other weaknesses might depend on how the Hawks get out from the cap crunch. If it means dealing Leddy, and Rundblad/Clendening can’t fill that hole, the Hawks won’t have drive from their third pairing. Though that’s probably more in the luxury category that most teams don’t have. It is what makes the Hawks special though.

The other one I see is that they lack a little size on the bottom six. I don’t know how important that is, but you can see a deep team sort of grinding on them for a seven-game series. Kruger, Shaw, Smith, Morin, Versteeg, possibly Teuvo, Nordstrom, Regin are just not very big guys, though a few of them play bigger than they are. I don’t think it’s a big deal, but something to keep an eye on depending on how the chips fall in the spring. 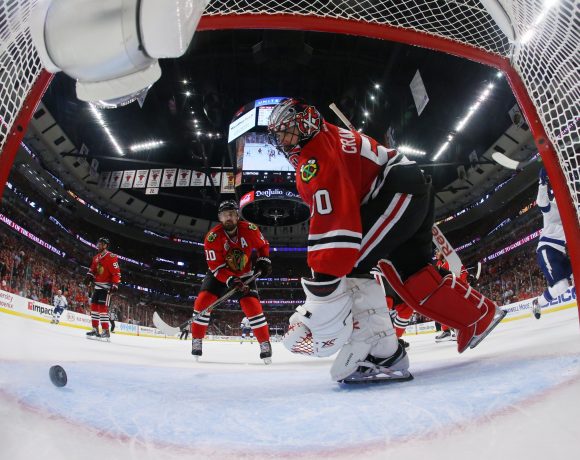 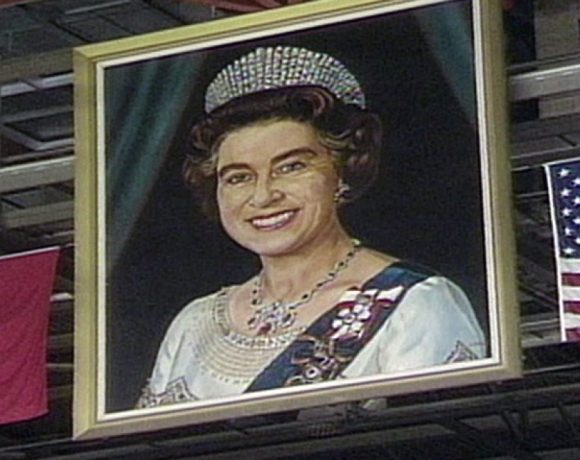 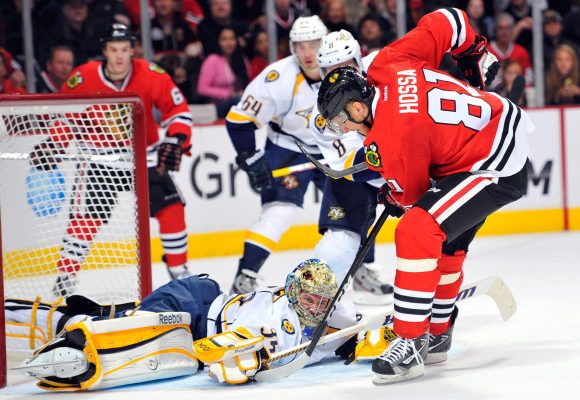