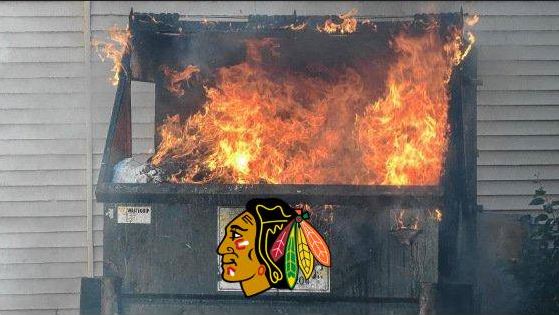 Ready or Not – The Long-Awaited 2022-2023 Blackhawks Season Preview

The moment has finally come, whether you like it or not. The Blackhawks season is upon us and it will probably be the shittiest team this town has seen since at least 2008, give or take a few Hall of Fame players who may not make it to the end of the season in Hawks uniforms.

The new Blackhawks front office has taken us all at our word when we asked them to clean house of any trace of Stan Bowman or the previous regime. This offseason they cleared out almost exclusively players acquired by Stan Bowman in one way or another. In the name of Connor Bedard, an actual zoomer born in 2005, the Hawks have successfully traded off and discarded every offensive weapon they had. The Cat? Gone forever. Dylan Strome? You didn’t think you were gonna miss him, but you will. Dominik Kubalik? Maybe you didn’t notice his 32 points last season but you will now that they’ve disappeared from the roster. And I’m sure Kane and/or Toews will be for the taking come trade deadline, for the right price of course.

Instead we have, uhhhhh…this roster to get pumped about? This does not give me joy to look at. Remember how pissed off we all were when the Hawks traded away Dylan Sikura in 2020? Well he’s back now, and his numbers have literally never returned to his ‘18-19 stats because fuck you. They acquired Jarred Tinordi (son of Mark) off waivers who isn’t gonna do shit outside of barreling into people at the blueline, and David Poile likes him so that confirms just about all of your worst nightmares. There are also three Johnsons on this fucking team that are probably just simulations of hockey players and not even real people.

Maybe the front office staff thought you’d be placated by them bringing in familiar names from around the league, but let’s be honest—it’s hard to get jazzed up about some of these guys. Andreas Athanasiou seems to be the only one with offensive promise, being pretty quick on his feet and playing with Kane which will assure him lots of points on an offensively floundering team. (A limp dick would score points playing with Kane though.) Then there’s Max Domi, who ragdolled halfhearted-Duncan-Keith-replacement Connor Murphy last season when he was on the Blue Jackets. He’s already successfully played his way off the first line with Kane as we saw resurgences of Daydream Nation in this preseason—squint and you will remember better days. Depending on how quickly the Hawks fall out of the gate it’s likely neither of these dudes will be in Hawks uniforms by the end of this season.

The rest of the offensive lineup is incredibly underwhelming to me, though I pray I’ll change my mind after watching a few games. Most of the forward corps is a jumble of bottom-six forwards on a normal team, but plenty will be thrusted into top-six positions for the Hawks. The 2nd line pairing of Tyler Johnson (who is who he is at this point) and Taylor Raddysh (who just needs an opportunity to realize his potential!) are great examples of this. On the bottom six, Philipp Kurashev survived Davidson cleaning house of all offensive-minded forwards, and although he’s still just 23 I am not sure if I’d pin him as the breakout star of this season. God knows there’s a place for him to be that there if he wills it, though. He’s on a line with Sam Lafferty, who is fast but doesn’t have a ton of finish, and Mackenzie Entwistle, who is still young but is coming off just a 12-point season, so maybe Kurashev is actually screwed here. Finally, rounding out the fourth line is Colin Blackwell and Buddy Robinson, who are the equivalent of two ships passing me quietly in the night. They center Jujhar Khaira, who I’m just glad is back on the ice after getting bulldozed by professional assclown Jacob Trouba in December 2021 and dealing with concussion issues for the rest of the season.

On defense…well, not a ton has changed. The Joneses continue to be rostered, although Amy’s Youngest will be starting this season on the IR. Our top pairing of Amy’s Eldest and one of the Johnson simulations (Jack) find themselves reunited not only on the ice but off the ice as well in the I Played For John Tortorella in Columbus Support Group that I can only assume they are a part of. Murphy is hopefully healthy despite dealing with some back tightness to start off the preseason, leading him to miss a couple of games. (He might ask Coach if he could miss a few more after spending some time dragging around Tinordi on his pairing.) Jake McCabe, who is currently being held together by duct tape at Luke Richardson’s personal request, made his way onto the roster despite another major surgery this offseason, so expect to see him in the lineup once he feels fully healthy. And to round out the pairings, we’ll be able to watch two future pieces of the Blackhawks blueline in Filip Roos and Alec Regula probably get skulled by every opponent. But hey, at least it’s just two young guys getting skulled instead of the entire prospect pipeline.

We were all tossing and turning at night wondering what the Hawks goaltending could possibly look like this season. Considering Arvid Soderblom is 23 which is like 15 in goalie years, more stopgaps had to be placed on the NHL roster so he could continue with his development elsewhere. Unfortunately, the stopgaps available to us were…Peter Mrazek and Alex Stalock? Mrazek’s stellar .888 save percentage on a 115-point Maple Leafs team last year sounds about right to me. People will hold out hope he’ll return to his .923 numbers that he had with the Hurricanes in 2020-21, but that was behind a competent team with solid offense and defense, neither of which Mrazek is gonna see between the pipes in the United Center. Stalock has drifted between “meh” and “serviceable” during his time with the Wild between the years of 2016-2020 but considering his age and the fact that an injury sidelined him for all but one game last year, it will likely take him a while to get his footing.

To round it all out, the Hawks get to start their season against the defending Stanley Cup champion Colorado Avalanche, who are still considered contenders this year by just about every sportswriter I’ve seen on Twitter Dot Com. It will probably get bad real quick, right off the bat, and we’ll have to get comfy in the muck and mire that will be the rest of the season. But if you’ve read until here, you’re a fan for the long haul and will stick around for as long as it takes to see a contending team get built here again. Hopefully there will be some silver lining to this season—like Lukas Reichel’s eventual callup—that will make things Fun-Bad in the meantime. We’ll try to hold down the fort here, previewing and wrapping groups of games as much as we can, and hope to see you along for the ride.

Your Friends And Neighbors – ’17-’18 Team Previews: Crash Before My Eyes

It must’ve been a really odd season for the hockey press that is looking for any excuse to drop to their knees for Steve Yzerman. Steven Stamkos got hurt, as has kind of been his wont in recent years. Ben Bishop was bad, and then he was gone. Tyler Johnson, Valterri Filppula both missed serious chunks of time. And though there was a late charge to get into the playoffs, they missed out after back-to-back conference final-at-least appearances. How could such a thing happen to a team with a GM as genius as Stevie Y? Oh right, the blue line behind Hedman blew chunks. Well guess what? IT STILL DOES! Yzerman has kept salary cap doomsday off for another year or two at least, and the Bolts look ready to regain their place atop the East.

Since opening in 1994, the Stanley Cup has never been in the United Center with a series on the line even in the renaissance era of the Blackhawks. It was 23 years ago when it was last in Chicago, June 1st 1992 when the Penguins complete a sweep of the Hawks at the old barn. The last time the Hawks had the ability to claim the chalice themselves was May 18th, 1971 in Game 7 against the Canadiens. A game that those who remember will never be able to fully forget. The last time the Hawks actually won at home was April 12th 1938, and even then, the Cup wasn’t awarded to them that night after the final horn. No, the last time the Hawks actually hoisted the Holy Grail on home ice was all the way back to April 10th of 1934, 81 years ago. That’s so long ago that the Cup itself doesn’t even look as it does now. But all of these counts can revert back to zero with a win over the Lightning in Game 6 tonight.

And now the home stretch. With a win on Wednesday night, the Hawks now return to Tampa with the series tied at two games apiece. And in order for them to return back to the west side on Monday with the ultimate goal fully in reach, they will have to do something they have not done yet in this post season, and that’s win Game 5 on the road. 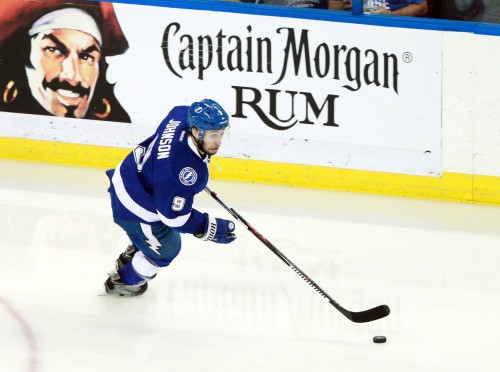 This is where it might get to be tough reading for everyone. It is rare that you would find yourself saying, “Boy, I’m not sure the Hawks want to get into a track meet with these guys.” Generally games against Colorado have fallen into that category. Dallas is sort of edging that way. And generally that’s about it.

But Tampa would almost certainly be on top of that list. While the Preds tried to go plaid and wear the Hawks out that way, the Lightning will try and do some of the same things Nashville did. Except they’ll try it with a consistent 40-goal scorer who once pierced 60, two Calder finalists from last year who are Conn Smythe contenders this year, and a some pretty clever centers. Yeah, little worrying.

But much like the defense, there’s an upper echelon here and then a Looney Tunes cliff-like drop. Let’s get into the nitty gritty.

As far as matchups in the first half of November are concerned, they don’t get much more exciting than this on paper. Both the Hawks and the Lightning have legitimate hopes of emerging from their respective conferences in late May while playing an electrifying (GET IT) style of up tempo hockey. Tonight will be Tampa’s lone appearance in the United Center this season, which adds to the uniqueness of the matchup. Meanwhile a national TV audience gets the Sabres and Blues over on NBCSN, so nicely done by the NHL once again.