Jack Johnson – All the normal antagonists are hurt these days for the Pens, so will go with this moon-faced tomato can. Not that he’s a particularly ornery or annoying player, he just sucks. We’ve seen players suck before, but the’s the suckiest suck that ever sucked. And he’s also definitely going to be a Hawk in the near future, because if there’s one thing they love it’s a big, slow, dumb defenseman. Hey Jack, where’s all your money gone?

Sidney Crosby – He doesn’t get enough John Stockton comparisons, but maybe that’s because John Stockton never bitched as much as Crosby does per game. When you’ve been the game’s best player for a decade, that happens of course (hey, LeBron wants his calls too). But Crosby is also sneaky dirty and not-s0-sneaky strong. Watch him closely down low, and you’ll see some dark arts…followed by some whining. They go hand in hand.

Nick Bjugstad – Only because we spent about five years thinking this guy was going to be a premier power forward in the league, after watching him at Minnesota during the lockout because we had nothing else to do. And it’s never happened, it’s probably not going to happen, and when you’re a big player that Dale Tallon gives up on, you know you’ve fucked it. 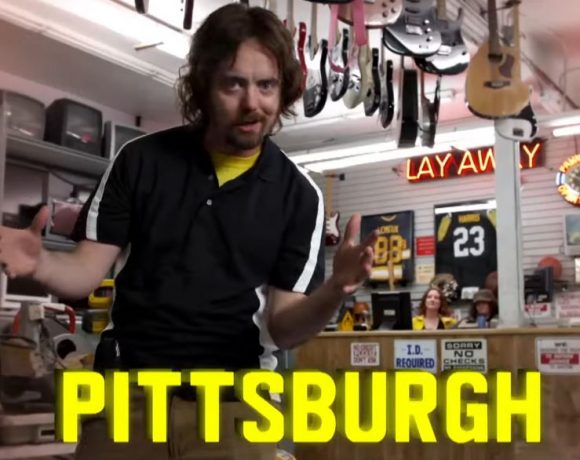 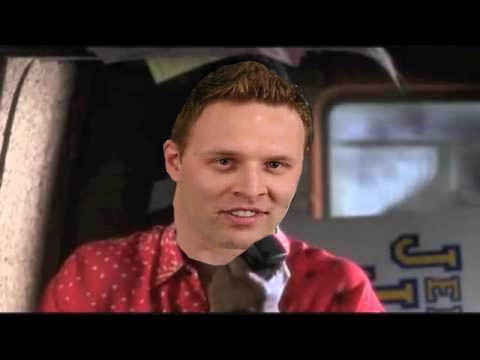 Game #33 – Penguins vs. Hawks Douchebag Du Jour: Why You No Vote For Jack Johnson He The…Oh Wait, It’s Because He Sucks

It’s not Jack Johnson‘s fault, exactly. No one would turn down a multi-year contract offered to them. So it’s really on GM Jim Rutherford, who not only signed Johnson but clearly targeted him as he was signed like three minutes into free agency.

Still, it was Johnson who was bitching his way out of the Columbus lineup last year, and then out of the city altogether, because he wasn’t getting playing time. While John Tortorella is a bullhorn and always needs a mirror and recorder near by, he tends to get these player standoffs right, He was right about Ryan Johansen, despite what the Nashville media wants you to believe. He was pretty much right about Brandon Saad.

And he was certainly right about Johnson, who hasn’t been able to play dead in at least five years. Johnson has been a possession-crater his entire career, save one season. He has two seasons in 13 of 40 points or more, but usually settles in the high 20s or low 30s. There is nothing you can ever point to and say, “He does that well,” aside from one Olympic tournament that doubled as Erik Johnson‘s one stretch of dominant hockey. Maybe the problem is that everyone, including Jack himself, gets him confused with Erik, who is at least second-pairing competent.

While no professional athlete should just accept not playing or a demotion, having some perspective isn’t criminal. The Jackets clearly had six d-men playing better than him, and instead of accepting that and working harder to be among them, Johnson thought he deserved a spot on a reputation built on not much more than his draft position a million years ago. He was entitled. Once he was out he demanded a trade, as if serving as a seventh d-man that his play said was exactly what he was was beneath him. We can see where that gets a whole host of teams.

And credit to him, Johnson found a GM willing to buy into his bullshit, as it just so happens to be the one who drafted him but couldn’t sign him in Carolina. Apparently he wasn’t watching the entirety of Johnson’s career elsewhere. 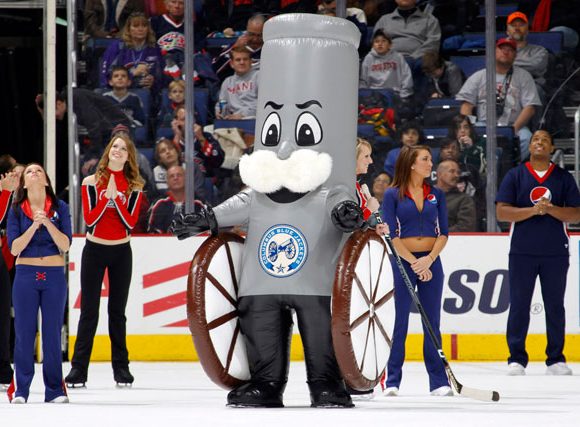 Despite the fact that the Hawks have pissed their pants a little bit over the last week and a half blowing games to non-playoff teams in Dallas and Philadelphia, there is still an outside shot at home ice in the first round given their games in hand. But with Nashville once again beating top teams and the Blues getting Kevin Shattenkirk back, the schedule makes the ascent steeper starting tonight with the Blue Jackets, who while well out of the playoff picture have won four straight and eight of 10. 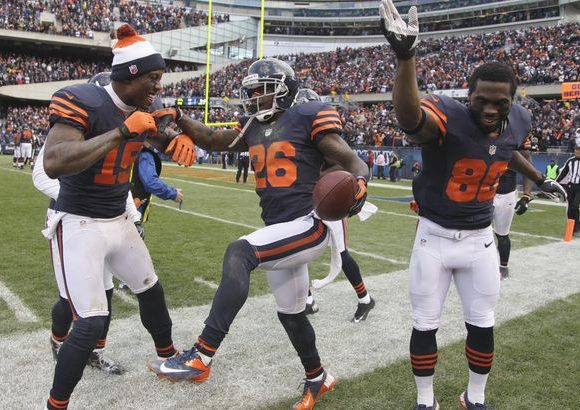 Tim Jennings’s game yesterday was a perfect microcosm of the Lovie Smith defense; give up a ton of yards and then take the ball away… and now back to your regularly scheduled hockey non-hockey links.

Myers talked lockout with the usual suspects at the shinny game: (CSNChi)

Grantland helps us figure out what to watch with our lockout free time: (Grantland)

More suggestions that the two sides can ignore: (PD)

Uh-oh JJ I wonder how long the league will let this stay up: (JJ3)

Good idea Burke, I’m sure the pressure of playing in Toronto won’t get to Lu: (PHT)