It’s been one week since the Blackhawks world was turned upside down by Patrick Kane being investigated for rape. We’ve been in something of a holding pattern since, with only drips and drabs (what’s a drab anyway?) leaking out of the investigation, and some of it on the flimsy side. Let’s try and establish where we are.

-I feel like there’s a section of people that need a civics lesson when discussing thing. Much like the 1st Amendment seems to cause confusion, “innocent until proven guilty” only applies in a certain setting. That would be a court of law, much like the 1st Amendment only applies to the government trying to censor speech. It’s why the NFL or NHL can fine a player for criticizing the referees, as they are a private organization and not a government (well, the NFL might be soon). 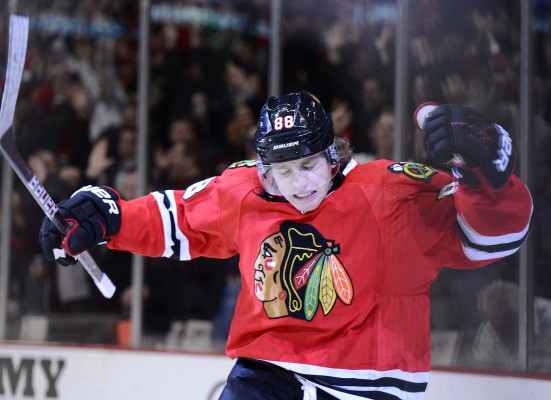 Last night at the UC: Trib The Bright One Suburbia They Read Down There?

He’s been what for how long now: The paper from closest to the sun

JayBo to STL, so now another reason to hope they miss the playoffs: TSN

Buffalo is having a fire sale: PD

This is who my team plays in the playoffs, so I should have both sets of fans listening: CBS