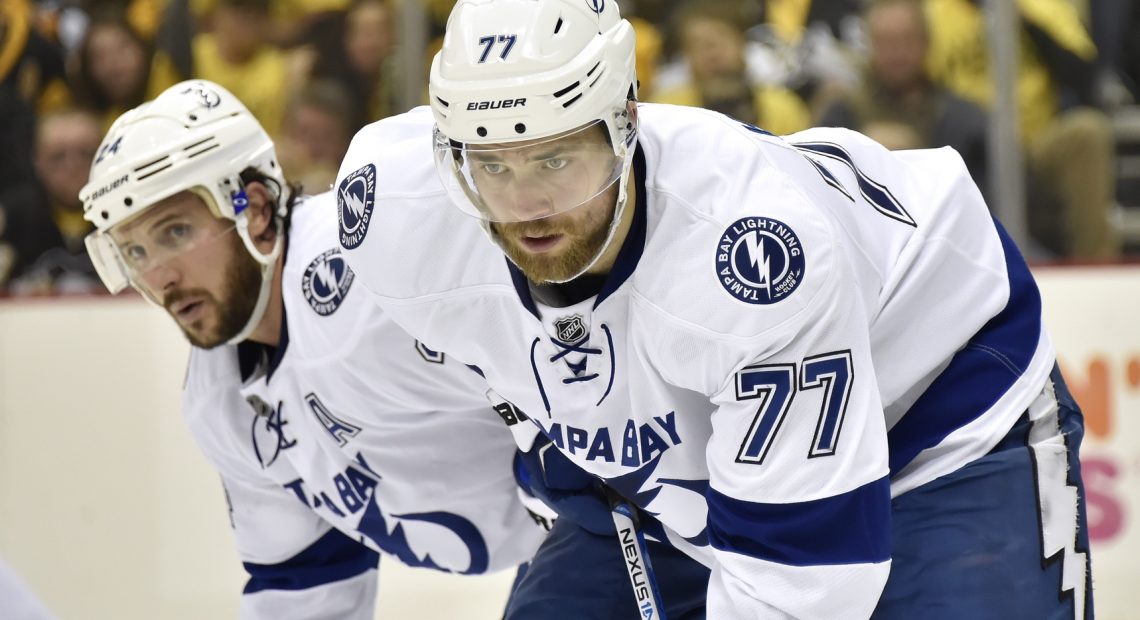 So the Penguins blew an early two goal lead (again), and a late one goal lead at home to lose on an ass-goal a minute into overtime. Clearly it was the distinct lack of Trevor Daley in the lineup that caused this outcome.

Of course, the story line coming out of the game will be what is to be done with the Penguins’ goaltending situation. Marc-Andre Fleury was ordinary, and realistically Kucherov’s first and the GWOTG can’t be attributed to him, as the defensive coverage was absolute shit in leaving Kucherov that open, and the latter was just a bad bounce. But regardless, an already tenuous situation has now been stretched to its absolute breaking point. Flower has taken the brunt of the blame for numerous Penguins spring flameouts since their ’09 cup, despite now two different GMs in Ray Shero and Jim Rutherford boning one of the most obvious turnkey dynasties since the mid-80s Bears by creating top heavy forward corps with absolutely vacant blue lines behind Kris Letang’s knifework.

The Penguins are now at an organizational crossroads. If Mike Sullivan goes back to the iffy Matt Murray, it will basically have sealed the fate of last night being MAF’s last appearance as a Penguin. Of course, if the Penguins forward corps which contains 3 Art Rosses and 2 Hart Trophies, a Rocket Richard, and a Conn Smythe between them can’t find the wheels to get around Tampa’s obelisk blue line the goaltending is of little consequence.

So the Sharks finally lost at home, and the Blues finally made the switch to Jay Gallon. Allen was fine in his first start of the post-season, though he was aided by the fact that Troy Brouwer scored a power play goal while he should have been in the box himself for interfering with Tomas Hertl, and allowed the Blues to sit on a lead. Allen allowed 3 goals after the game was basically out of reach, so there might not be much of a difference between Allen and Elliott, and it may have just finally been Martin Jones regressing a bit at the Tank, the first time he’d allowed more than two goals this playoff year.

Even in spite of whatever progression both of these organizations have shown this spring (and even that’s debateable), the Blues are still the Blues, and St. Louis is still a shithole hilljack mecca, so they will no doubt come out running themselves out of position to decapitate the opposition. And though it’s been relatively quiet to this point, giving the Sharks’ power play any looks whatsoever, home or road, is not a smart idea. But “Blues”, “Sharks”, and “Smart Ideas” are three circles of a Venn Diagram that never come close to intersecting.