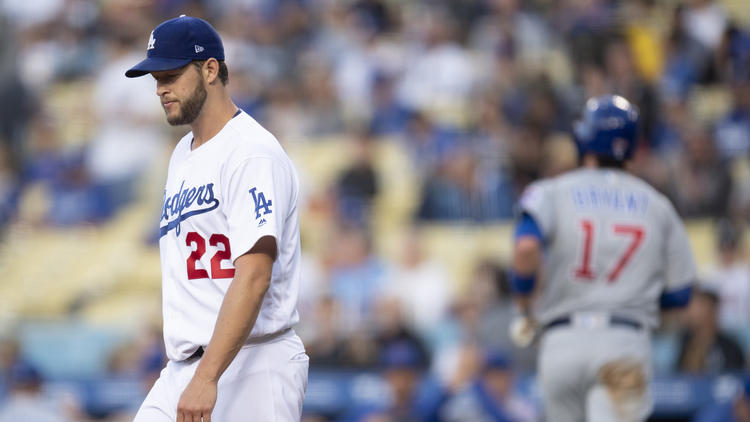 You couldn’t have scripted a better baseball game than last night’s Cubs-Dodgers one to come on the same day as Ken Rosenthal wrote this on The Athletic. 10 runs scored, all on home runs. That goes along with the 17 strikeouts combined by each team, which these days isn’t even that high of a number. A lot of days one team reaches that on its own, but it’s not too hard to remember a day when that didn’t happen.

Many pundits and professional viewers have been complaining about the lack of action in baseball for a couple years now. And the numbers prove that it’s become a Three True Outcome game (homer, walk, strikeout). There are definitely less balls in play. And now we just have homers to make anything happen. We have more of them than we know what to do with. Or do we?

Certainly, over the past two seasons especially I’ve noticed how the game has changed. But would I notice as much if there weren’t writers like Rosenthal or Joe Sheehan (both of whom I really like, I have to point out) and many others (which I don’t) pointing it out seemingly daily? I might, but then I might not. But when you have someone screaming every day that “Nothing is happening in these games!!” surely you look more for the action that isn’t happening.

If I were in a vacuum, at least a media one, would the lack of balls in play really bother me? After all, I enjoy watching pitchers with overpowering stuff. It’s fun to watch someone blow 97 MPH by hitters or send them spiraling into the ground like that thing the Ninja Turtles used to get to the Earth’s core to bother Shredder and Krang with a deflector-shield curve/slider. And every baseball fan enjoys watching one of those get sent to the goddamn moon. They say that too much of a good thing is bad, but I’ve never been convinced. Sure, I love a bases loaded double or triple too, but were those all that common 10 years ago? Their uniqueness is what makes them special, at least in part. I’m not sure I get that bored of homers, and I don’t think I’m alone.

So do the baseballs being golf balls ruin my enjoyment? A touch, but rarely. Bellinger’s first homer last night felt a bit cheap, because even he didn’t think he hit it very well. And then it sails over the wall the opposite way in Dodger Stadium at night, which is supposed to be really hard to do. I’m biased, because I’m a Cubs fan who loathes the Dodgers and is starting to feel the same way about Bellinger individually, but that was one that had me looking side-eyed at. But I don’t find myself doing that too often. The explosion of homers doesn’t feel like Wrigley with the wind blowing out, where harmless flies are carried out as hitters slam their bats down and then sheepishly jog around the bases. You can’t base anything on feel, but it feels like it’s just well hit balls that probably would have gone out anyway going even farther out.

The only thing about the juiced-ball that I find strange is MLB throwing its hands up and claiming to not know anything about it or not having anything to do with it. They’re either lying or stupid, possibly both. How could you not be in total control of like, the entire center of the game? And if weren’t then why aren’t you now? Hell, the NFL went to war with one of its own franchises over the condition of its ball, and that’s a sport where they let teams control their owns spheres/spheroids.

Do fans care about there being too many homers? I wonder. Sure, attendance and viewership is down, and maybe that’s the only argument you need. But that could just as easily be about so many teams not even trying, and one of your truly good teams playing in Tampa. What would Baltimore’s attendance be if they had the Rays team? I’m not sure there’s a large swath of fans who have been turned off because there’s a lot of homers. Football has a lot of touchdowns, doesn’t seem to bother them much.

I guess my other complaint about a juiced ball is it doesn’t fit in with the natural evolution of the game. We know hitters are trying to lift the ball more, pitchers throw harder, shifting defenses, all that. So if more homers were only due to that, you would just say that’s how the game has grown and eventually will shift again when more pitchers are at the top of the zone and more hitters have to work with the open spaces they have. The game using a Titlelist as a ball causes all of that to be slowed or stopped completely, because more guys can just hit it over shifts and walls, deservedly or not. Homers would be on the rise without the Slazengers because of a change of style, but they wouldn’t be like this and it wouldn’t feel as artificial.

It’s funny, because writers like Rosenthal bemoan how attendance is down and baseball is falling behind, and then spend just as much space telling you why the game sucks. And I’ll agree with them that it is fun to watch players like Baez run the bases or Kiermaier or even Bellinger make plays in the field. And they’re getting less chance to do so. But you wonder how many defensive plays that bring people out of their seats are being sacrificed for homers that also bring people out of their seats. After all, more balls in play will result in routine fly balls far more than the diving catch in the gap or the nailing of a runner at second. I would take some convincing that this is what the routine fan is crying out for.

Something tells me a normal baseball would still see a lot of home runs being hit. After all, these are better athletes than they’ve ever been with faster bat-speed turning around pitches that are being hurled at greater speeds than ever before. It’s probably easier to get a 95-MPH fastball to go far than an 88-MPH one.

I notice games like last night’s now, and I definitely remark how different it is than what I grew up with. I don’t know that has to be a bad thing, and I don’t know how much I’d notice if everyone wasn’t yelling for me to notice. I guess I’m undecided, and I would guess most fans are too, despite what those with the pens and microphones keep telling us to think.