High On The Hog: A Split To Start The Season 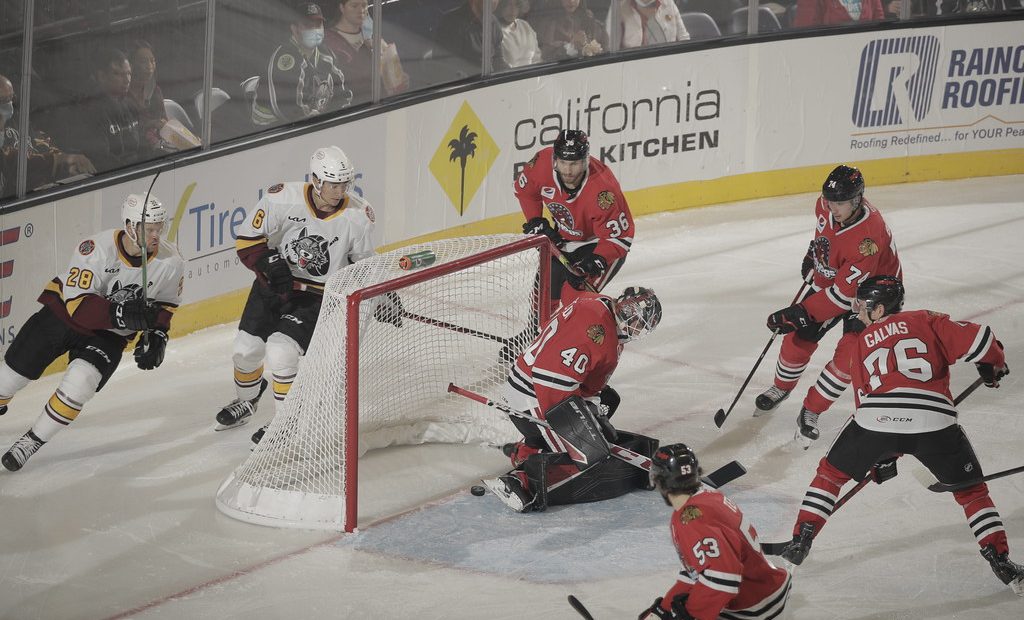 The Rockford IceHogs faced a stiff challenge to open the 2021-22 season. The Blackhawks AHL franchise had a pair of tough road opponents on tap over the weekend in Grand Rapids and Chicago. I thought a split of the first two games would be just fine in my book.

Well…the piglets got that split. Rockford dropped a 6-1 decision to the Griffins Friday night, then rallied to defeat the Wolves 5-3 in Rosemont on Saturday.

Heading into the second period with Chicago, fans had a right to be concerned with the way the offense was faring. The passing looked off by just a bit and the Hogs seemed to be getting used to the lines set out by head coach Derek King.

Four unanswered goals in the next two periods gave cause for hope.

Rockford wasn’t moving the puck around the zone like the Wolves were for most of the evening on Saturday. However, they did make the most of some turnovers and counterpunched their way to a big win over their biggest division rival.

A few other observations of the opening weekend:

Chad Krys, who played just six games a season ago, was in the lineup in both games this weekend. Unfortunately, he may be facing more time off the ice after a collision with Chicago’s David Cotton late in the first period Saturday night.

Krys was trying to intercept Cotton as he drove toward the Hogs net. The Wolves forward was knocked down on Ryan Stanton’s backcheck attempt. The sliding Cotton took Krys down with him. It appeared that Krys’s knee took the brunt of the accidental hit.

Krys got up and hopped off the ice to the Rockford locker room. He was not putting any weight on his right leg and did not return to the game.

Krys, a second-round selection by the Hawks in the 2016 NHL Draft, is in the final year of his entry deal. He played 45 games (2 G, 6 A) in his rookie campaign before the season came to an abrupt end. Last season came and went without much action due to some injuries.

It looked as if Krys was going to get some early time in the lineup this season to showcase his game due to injuries to Caleb Jones and Wyatt Kalynuk. Now he may be looking at missing some extended time himself.

The season got underway in less than impressive fashion, with the Griffins breaking open a close game in the second stanza and handing the Hogs the loss.

The Griffins converted on a power play set up by an interference penalty by Ryan Stanton. Joe Veleno skated into the slot and fired past Hogs goalie Malcom Subban at the 7:48 mark.

The first Rockford goal of the season came on a put-back effort by Josiah Slavin 14:52 into the opening frame. Slavin’s attempt at a redirect of Nicolas Beaudin’s point shot was turned aside by Grand Rapids goalie Calvin Pickard. However, Cameron Morrison knocked the rebound back to the crease, where Slavin steered it across the goal line. The teams skated into the intermission tied at a goal apiece.

The Griffins took a 3-1 lead early in the second period on goals sixty-six seconds apart by Tyler Spezia and Turner Elson. Rockford had some impressive stretches of puck possession in the second stanza, but it did not show up on the scoreboard. Hayden Verbeek gave Grand Rapids a 4-1 advantage at the 17:11 mark, and the IceHogs found themselves down a three-spot heading into the final 20 minutes.

Things got worse in the third period, with the Griffins adding a pair of goals by Chase Pearson and Dennis Yan. The Hogs and Grand Rapids each had 24 shots on goal, but Rockford just didn’t have it at either end of the ice.

Rockford was able to rally from a two-goal deficit as the offense roared to life at Allstate Arena. Hogs rookie goalie Arvid Soderblom sent away 40 shots to nab First Star honors and pick up the victory in his AHL debut.

The Wolves dominated the opening twenty, outshooting Rockford 16-3.  Miraculously, Soderblom and the IceHogs kept the game scoreless until Chicago got a power play goal from C.J. Smith 18 seconds into the second period. The Wolves added a shorthanded goal by Ryan Suzuki a few minutes later, putting them up 2-0 before the Hogs offense would get to work.

Rockford got on the board at 6:48 of the second, when Garrett Mitchell forced a turnover between the circles in the Chicago zone. He backhanded a pass to Evan Barratt, who wristed home his first goal of the season to cut the lead to one.

The IceHogs got the equalizer from rookie Lucas Reichel. Reichel took a pass from Josiah Slavin, skated to the doorstep, and flipped the puck at Wolves goalie Alex Lyon. The shot bounced off of Lyon’s glove and tumbled into the Chicago basket at the 14:21 mark.

Brett Connolly struck on an odd-man rush, converting on a fine pass from Cameron Morrison, giving the Hogs a 3-2 advantage 15:20 into the second. The play was set up by a defensive zone faceoff win by Reese Johnson. Jacob Galvas got the puck out of the Hogs zone to Morrison to pick up the secondary assist.

Rockford went up 4-2 on the first of two goals by Alex Nylander. The forward chased down a exit pass by Mike Hardman into the Wolves zone behind the defense and deked Lyon 5:46 into the third period.

The Wolves closed the gap to 4-3 on a power play goal by Eric Gelinas with 5:46 remaining, but an empty netter by Nylander sealed the contest for the IceHogs. Nylander, Reichel (1 G, 1 A) and Hardman (2 A) all had multi-point evenings for Rockford.

Chad Krys left the game late in the first period favoring his right leg. He did not return to action.

Rockford will be in DesMoines Friday and Saturday for two games with the Iowa Wild. I’ll be previewing that weekend trip on Friday. 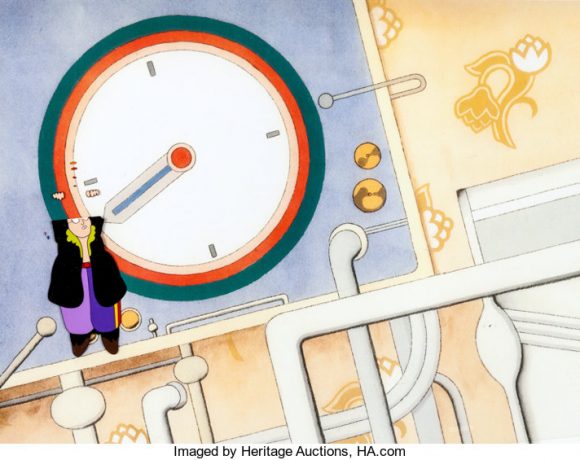 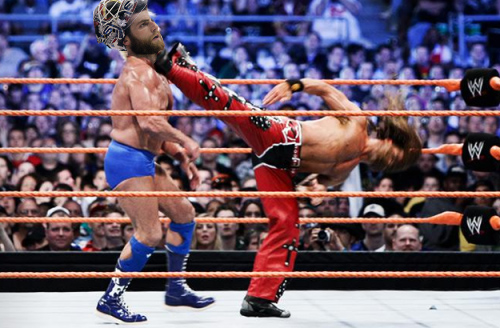