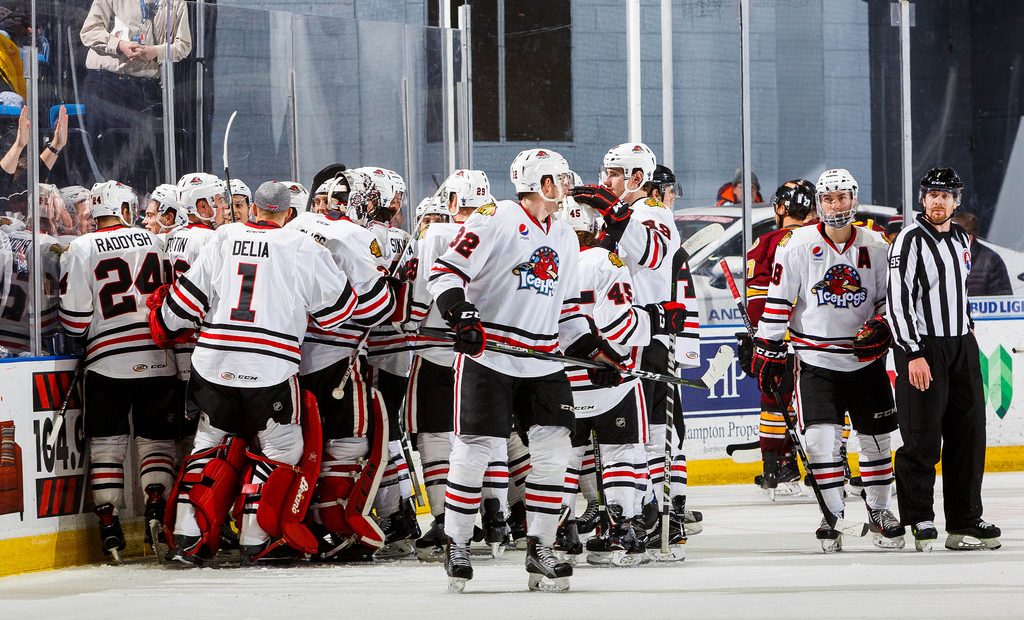 The Rockford IceHogs have a few days off to savor a weekend sweep at the BMO Harris Bank Center. The Bago County Flying Piglets are hovering in the second spot in the AHL’s Central Division standings behind Manitoba.

Rockford put the BMO faithful through two nail-biters against Chicago and Grand Rapids, winning both contests behind Jeff Glass in net. Having sneaked down to my basement to prepare this post while my wife peels potatoes (everyone else being asleep), I am short on time before she notices that I am missing. Therefore, here’s the Reader’s Digest version of this post, along with the recaps:

It took nearly five extra minutes of Gus Macker Time, but the Hogs were able to break a three-game losing streak.

Rockford opened the scoring thanks to an incredible effort by Alexandre Fotin on the first shift of the game. Ville Pokka provided the genesis of the goal by corralling the puck in the corner of the IceHogs zone and sending a clearing pass to Andreas Martinsen.

Fortin received Martinsen’s quick feed coming across his own blueline. He then skated into Chicago territory and split Wolves defenders Chris Castro and Jake Walman. Fighting the two defensemen off as he made his way toward the net, Fortin manuvered around Chicago goalie Max Legace, who had come out to meet the three skaters. From there, Fortin slid the backhand into the unguarded cage to cue the horn and put Rockford ahead 1-0 just 41 seconds in.

The Wolves drew even late in the period while on a delayed penalty with a Brandon Pirri tally. Midway through the second, Chicago took a 2-1 lead after a quick transition burned the Hogs.

A long rebound of a Viktor Svedberg shot attempt came out to Connor Bleakley, who quickly hit teammate Tobias Lindberg coming into neutral ice. Lindberg came down the right side and fired over the glove of Rockford goalie Jeff Glass at 10:45 to put the Wolves on top.

Rockford would capitalize on a couple of rebounds early in the third for the equalizer. Lagace left a puck in front of his crease off a Tomas Jurco shot from the top of the right circle. Anthony Louis was there for the putback, but Lagace was there with the pad save. The third time proved to be the charm, as David Kampf pounced on the rebound at the left post, uniting rubber and twine 39 seconds into the period.

That closed out the scoring in regulation. The game-winner came 4:35 into the extra session. Matthew Highmore was wide on a shot attempt. Darren Raddysh gathered in the puck off of the end boards. He got it back to Highmore, who skated to the goal line below the left circle.

Raddysh, meanwhile, had looped around the offensive zone and streaked to the right post. He got his blade on the centering feed and knocked it just inside the post to end the contest on a winning note.

Rockford allowed the Griffins a point with a very late goal in regulation. However, the Hogs prevailed in the shootout to go on holiday with a two-game winning streak.

Neither IceHogs goalie Jeff Glass or Grand Rapids counterpart Jared Coreau surrendered a goal in the first half of this game. The dam broke midway through the second period.

Tomas Jurco and Anthony Louis worked a little give and go once Rockford had gained entry into the Griffins zone. Louis got off a shot from the high slot that trickled under the pads of Coreau. David Kampf was the man on the scene at the right post; he reached behind Coreau and nudged the puck to its resting place in the back of the net. The IceHogs led 1-0 at the 8:01 mark.

The lead proved to be short-lived, as Grand Rapids came down to tie the game on the subsequent shift. Matt Lorito put in a long rebound of Dan Renouf’s point shot at 9:23 of the middle frame.

Jurco broke the tie 5:35 into the third. Making his way to the goal mouth with some deft stick handling, he got the puck into a scrum of players. Louis and Kampf helped things along until the biscuit came out to Jurco. His initial attempt was stopped by Coreau, but Jurco’s second effort drew cord.

That 2-1 lead held up for most, but not all of the final 15 minutes of regulation. Carl Dahlstrom was called for interference after Coreau had been called to the Griffins bench with just 50 seconds left. With a 6-on-4 advantage in the closing seconds, Grand Rapids made a desperate push into the Hogs zone.

The Griffins Ben Street sent a shot toward net the glanced off of Lorito and high into the air. Matthew Ford batted the offering over Glass and into the net with less than two seconds remaining.

Rockford had several breakaway opportunities in Gus Macker Time, but Highmore and Louis were both denied by Coreau. Glass came way out of his net to knock away a potential breakaway attempt, then made a highlight-reel stop on Ford’s open look late in the session…and on to the shootout it went.

Both goalies stonewalled their shooters in the first three rounds. Viktor Svedberg came out in round four and kept it simple, skating to the slot and banging home a slap shot past Coreau’s glove. Glass then snuffed out the attempt of Vili Saarijarvi with his left pad to seal the victory.

Jurco was rightly named the game’s first star, followed by Lorito and Glass, who stopped 31 of 33 shots in addition to the four shootout attempts. 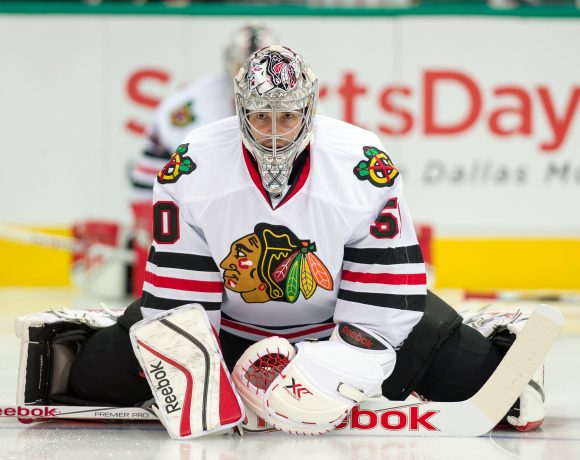 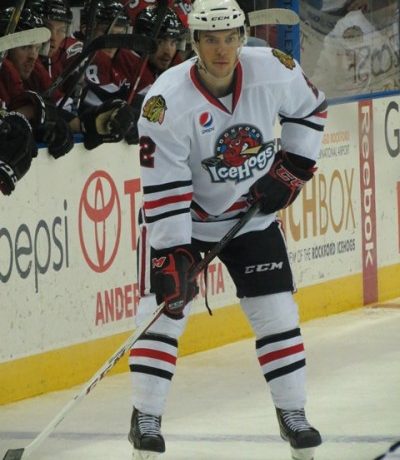