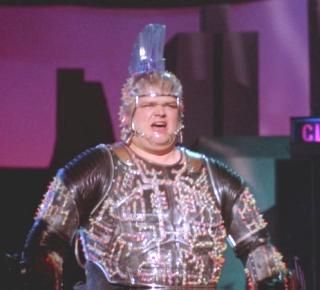 TV: NBCSN Chicago for the locals, NBCSN proper for the non-locals

The degree of difficulty certainly goes up for the Hawks tonight. While fashioning together a modest two-game winning streak against the hottest team in the league but flawed Rangers and the defending champs but scuffling Penguins, the Hawks will get a face-full of the best team in the league in the Tampa Bay Lightning. If you’re already feeling a small shiver, don’t worry. A) you’re not alone, and B) it’s Blackout Wednesday so either you won’t remember this one or won’t even see it at all as you prepare to spend the day tomorrow with weirdos who share your last name/blood/both.

We’ll start in the obvious place with the Bolts, which is their top line that is simply a boom-stick right now. Namestnikov-Stamkos-Kucherov is probably the best line going, and they’ve only combined for 88 points in 20 games so far. Stamkos is off to the best start of his career, with 35 points in the first 20 games which  puts him on pace for 143 for the season. Kucherov is on a 70-goal pace, and if he gets out there against Seabrook consistently tonight that pace might jump to a 105. Kucherov is an under-the-radar Hart candidate and was last year as well, but will struggle to get votes as the crusty hockey media try and wheel pose their way into handing every award to a Canadian who can barely read but has a name they can pronounce.

But it’s not just a one-line team. Brayden Point has emerged as a weapon for all occasions, being asked to take on the top lines of other teams and providing scoring of his own with Baby Hossa Ondrej Palat and Yanni Gourde, which no is not a physical condition or a Mediterranean dish/singer. Tyler Johnson and Alex Killorn are being used in a creative way where they are the line that’s short a winger in their seven-defensemen look, and can be used to boost scoring as a straight up checking line. Ryan Callahan, J.T. Brown, and Chris Kunitz all get a look there, but Kucherov or Palat can also get extra shifts there if the Lightning need offense.

The back end has the same problems it always had, but less of them. There are still definite plodders and creatures in Dan Girardi, Braydon Coburn, Andrej Sustr. But their roles have been relegated to third pairing. Victor Hedman hasn’t hit the heights of the past yet, but is still one of the more dynamic d-men you’ll find. Mikhail Sergachev has been the second puck-mover they’ve always needed behind Hedman, and has allowed Anton Stralman to age into the more conservative partner role.

All of that’s backed up by Andrei Vasilevskiy, who has been a Chicago construction crew in his first full year as a starter, stopping anything that’s in front of him. He’s at .928 for the season.

Clearly it’s an impressive package. There’s a reason they’ve only missed out on eight points of the 40 on offer and are simply horsing the East right now. And they can play it however they need to. Jon Cooper, while not sorting his various oils and balms, is one of the league’s leading #NotAMorons, and usually has the Bolts playing up-tempo and high-pressure. They’re almost always fun to watch, with Hedman and now Sergachev they can run with anyone. But if they have to they can lock it down as well through Johnson, Point, Killorn, Palat, Callahan, and their various clydesdales blocking shooting lanes down low.

For the Hawks, they’ll roll out the same lineup that got one over the Penguins, and there’s no reason to expect that Corey Crawford won’t have a lot of work to do tonight. Cooper will certainly look to get his matchups, and when his top line is out there against… well, really any pairing, it’s going to be an adventure. And it won’t be a slow one. Good way to go into the holiday. Enjoy it.