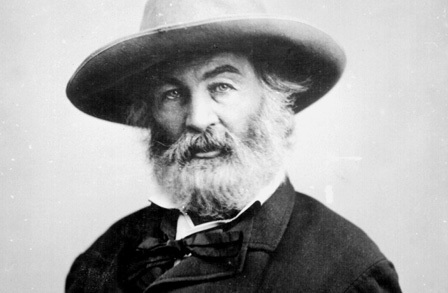 Well, since I teased out the fact that our boy Whitman was a potential candidate for a BotD yesterday, which I’m sure a few of you noticed, I figured we might as well give the man our respect today. Whitman’s first major work was Leaves of Grass, which he started writing in the mid 1840’s, first published in 1855 and continued to update and edit until his death in 1892.

Leaves of Grass was started in response to an essay from Ralph Waldo Emerson, in which he wrote for the need for Americans to have their own unique style and poetry. The collection of poems actually cost Whitman his first job when he was fired by the Secretary of the Interior because he found it to be offensive. The book had strong sexual themes discussed in a very frank manner that was incredibly uncommon at the time.

Also, the title Leaves of Grass is actually a pun – “Grass” referred to literary works of minor value and “Leaves” was another term for pages in a book. Who doesn’t love a good pun?