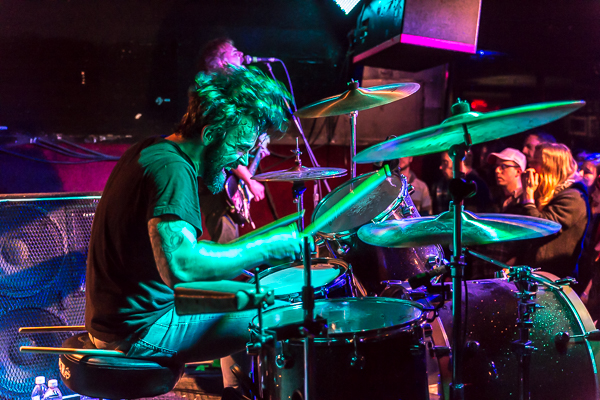 When longtime drummer Brian St. Clair left Local H to battle prostate cancer, it obviously left a sizeable hole to fill in a two-man band with guitarist/vocalist Scott Lucas wanting to continue his endeavors. Enter the bearded Ryan Harding, who has been playing with the band for the last two years.

Harding had previously played  Brüder and Ghost Towns of the West, and is the only member in the group’s history without explicit roots in the Chicago area, coming from Minnesota. But his prowess behind the kit certainly lives up to the lofty standards set by both Joe Daniels and Brian St. Clair previously during the band’s now 25 year history, especially on the band’s new record Hey, Killer. And neither of them could boast as full and rugged of a beard as Harding.