Beard Of The Day – May 13th – David Sandström 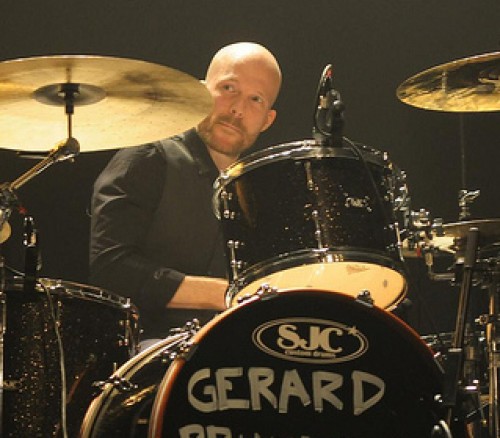 As the series shifts back to Minnesota a known Scanadavian enclave for the Hawks’ last trip to The X one way or another, it’s fitting that today’s beard be David Sandström, drummer for the influential Swedish hardcore punk group Refused.

With a clean shaven scalp and full beard, Sandström has manned the kit for Refused since 1991 through their initial run, as well as their reformation/reunion since 2012. Refused burst onto the scene with with their politically challenging lyrics, cathartic screams, while pushing the boundaries of what hardcore could encompass with their debut full length This Just Might Be… the Truth in 1994, and rose to prominence with their following two records Songs to Fan the Flames of Discontent in 1994 and The Shape of Punk to Come in 1998.

Though the band split up in late 1998 and its members went on to form International Noise Conspiracy with singer Dennis Lyxzén and TEXT with Sandström, their final release as Refused remained a monolith of punk fury still cited to this day as one of the best ever records of the genre. So much so that a rabid fanbase stewed in rumors of a reunion for years until it finally came to be in 2012, where their sound and message remained just as relevant as it had been 15 years prior at its release. And with Sandström’s precise and meticulous work on the drum kit providing a backbone for the sound, the craven masses were in no way let down once they finally took the stage again giving raucous performances, left clamoring only for more show dates.