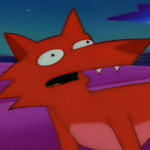 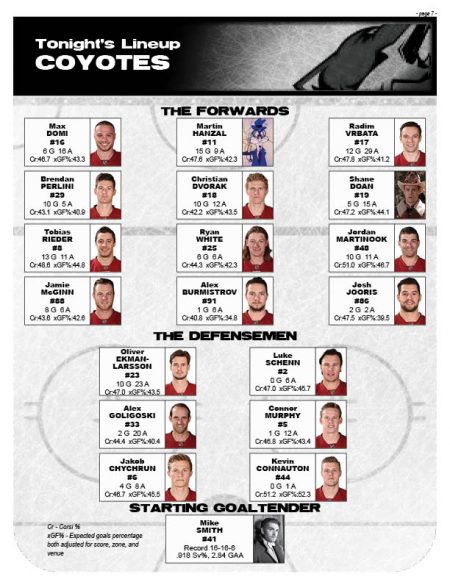 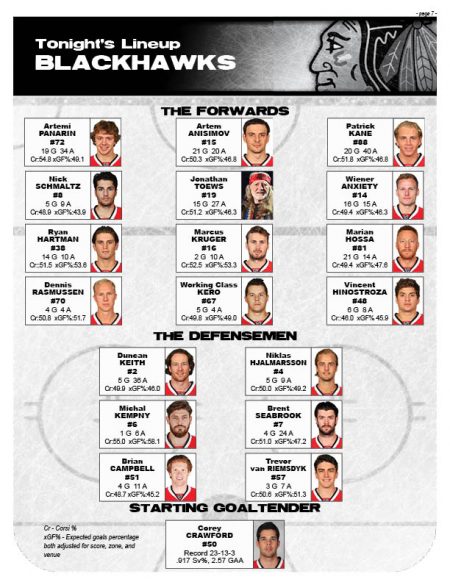 To be fair to the Coyotes, it’s not like they thought that they were going to actually be good in the traditional sense of the word this season, as a fair portion of their cap is eaten up intentionally with dead assets like the contracts of Chris Pronger, Pavel Datsyuk, and the corpse of Dave Bolland. But things haven’t exactly shown any progress either. Anthony Duclair has regressed to the point of being demoted to the AHL on a team that needs its young players to play together. Max Domi has been hurt and under produced when he’s played. Free agent acquisition Alex Goligoski hasn’t meshed as well on the back end with the criminally under-utilized Oliver Ekman-Larsson, who is having an off year himself. About the only positive to be taken from the skaters on the ice is that LOCAL GUY and Hawks draft pick from the David goddamn Rundblad trade Christian Dvorak has started to put it together of late, with 6 goals and 3 assists in the month of February in 9 games.

And it’s not like Arizona is in total Hockey Hell, as they are willfully being bad right now and have veteran assets to turn into even more picks at the draft. The Yotes’ GM is John Chayka, who the Spirograph Mathemeticians of Twitter hated because they said he didn’t have much of a track record, but actually hate because him having this job at 30 reinforces how much of their lives they have wasted and will continue to waste trying to get hired by telling the people in decision making capacities that they are stupid and try to prove it using graphs that would fit right into Picasso’s cubist era. Chayka has already moved defenseman Michael Stone and has shown a willingness to eat salary to do so, considering the Yotes are already paying for three players currently in the Land of Wind And Ghosts. Martin Hanzal, the perpetually floating Radim Vrbata, and Shane Doan’s elbows all also figure to fetch some kind of return in the next 6 days, and if either or both of Vrbata or Doan end up here the next episode of the podcast will be a video edition of a four-way seppuku. Even method actor Mike Smith’s spasm of competence this season with a .918 overall and .929 at evens might fetch something if not now then at the draft, considering there are two years at $5.67 mildo left on that paper. Smith figures to get the start tonight after getting run into in Anaheim, where he was forced to suffer through the indignities of the concussion protocol, and naturally found a microphone to fill his diaper in front of. Hey Sir Lawrence Olivier, maybe if you didn’t make it look like even the slightest breeze disemboweled and decapitated you, the spotter wouldn’t have to yank you from the game, you scenery-chewing hack.

As for the Men of Four Feathers, there will of course be talk of a LETDOWN after a STATEMENT GAME the other night in St. Paul, and because no one has any perspective or attention span anymore, there will be an expectation that the newly anointed line of Toews, Schmaltz, and Mike Bossy freak off yet again. But it is patently ludicrous for fans and reporters of a Joel Quenneville coached team to get this attached to a line after one outburst of a game before the deadline, let alone before the Hawks go down in a playoff series, which they always do. It’s good that Schmaltz’s natural vision is finally syncing up with the speed of the NHL game, and it’s fine that it has taken an absolutely ideal set of circumstances to wring every possible drop of productivity out of Richard Panik, but the biblical verses of Winston Wolf are quite applicable here. And that all of this happens over a team that has three titles and is a decade into an era where every year one is a possibility, it’s frankly unbecoming of a fanbase and media that didn’t need anything more unbecoming surrounding it. The only statement games are in June, this organization has told everyone that explicitly in word and in action. Perspective like this is how sites run player grades for 82 hockey games a year as if they mean fucking anything.

The Coyotes are willfully and undeniably bad, but they are still coached by Dave Tippett, which means that at the very least they are not going to quit. They have five wins this month, all of them against teams that are either firmly entrenched or fighting for a playoff spot, the most recent of which being the Ducks on Monday.  And because Mike Smith has literally made a career out of crease gymnastics at the United Center, there is always that possibility again tonight. But if the Hawks play with the same kind of speed and structure that they have since returning from the bye, it should be two more points in regulation, which is the only acceptable outcome. Let’s go Hawks.