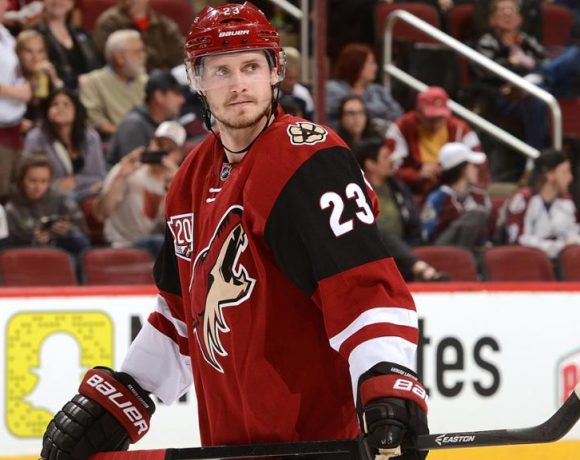 The All “Yeah But Who Gives A Sh*t” Team

This is a category we invented ourselves. It doesn’t necessarily mean these players suck. It just means that their production never means anything. These are those players when you check the stats, and you see one of them had 33 goals or 71 points and you say, “Did I know that?” And chances are you didn’t because it didn’t mean shit for their team’s success, it took place in the dark, or both. They were empty calorie points. Basically, this is the Brad Boyes Memorial team, as Boyes was the master of getting you 27 goals whether you needed them or not, and it was always not.

So what follows is the All-Stars of putting up stats that rarely if ever matter.

This is always the hardest one to pick, because generally if the goalie is good then the team is good so it’s complicated to find a goalie who puts up the numbers and then the season ends and you forget he or the team ever existed. Thankfully, the Minnesota Wild exist and are always good for forgetting they do. Honestly if their fans didn’t yell so loud about everything they probably would just snap into nothing and the league wouldn’t notice and everyone would just get an open date and then about March the NHL offices would be like, “Oh shit, should we have done something about that? Oh who cares?”

The past four seasons in Minnesota, Dubnyk doesn’t have a SV% under .918. His even-strength SV% has never been below .926. Considering the mish-mash of flotsam in front of him with the Wild, without him they probably miss the playoffs every year and maybe, just maybe, people would stop considering Bruch Boudreau some kind of round, Haagen-Dazs pinata of a genius.

And yet who gives a shit? The Wild have won exactly one playoff series in that time (which came against the Blues so does it really count?), and all that got them was getting thwacked by the Hawks in a sweep in the next round. Since then they’ve won four playoff games. They’ve only finished above third in the division once. Dubnyk is stopping all those pucks to keep a team middling and watch Jason Zucker score a bunch of goals while everyone still waits for Mikael Granlund to become Finnish Truth in hockey’s version of a Beckett masterpiece.

We love OEL. There probably isn’t a more gorgeous skater in the league. We’ve designed hundreds of trades over the years to get him here. He’s still somehow only 27. And yet…the Coyotes always suck. Like, really suck. The “plan,” whatever it is, never seems to work. And before you argue about the roster around him, which is a valid point but not total, look at the dreck Erik Karlsson somehow makes relevant most every year. No, OEL is not Karlsson, but if he were as good as sometimes boasted wouldn’t we know the Coyotes actually exist more than four days a year?

Ekman-Larsson has put up more than 40 points for five straight years. The Yotes haven’t come within a $50 Lyft of a playoff spot in those five years. They’re almost certainly not going to sniff one this year, even with Galchenyuk getting to play center and another year for Clayton Keller. Look around at the d-men that OEL is considered in the class of, and ask how many have teams that are completely irrelevant?

Over the past five seasons, OrangeJello is 10th in scoring among d-men. He’s put up more points than Duncan Keith, Mark Giordano, and Kris Letang. And yet we can’t tell you why anyone should care. Pietrangelo has somehow conned his way onto two Canadian national teams, even though we couldn’t tell you what it is he does at a world-class level. He’s been the #1 d-man on the Blues for years now, and they have never done anything anyone would notice except for one conference final appearance. He’s big, and he’s like, somewhat mobile, but also not all that quick. He’s basically the most boring #1 d-man in the league, and is a bigger reason why the Blues are continually submarined by having mud in their tires than any Blues fan will ever admit outside of having jumper cables attached to their genitals.

You know a player isn’t worth a damn if the Wings have signed him in the past four seasons. Every fucking year Vanek would be in some outpost that had only just discovered indoor plumbing, halfway through the season he’ll have potted like 15 goals when his team is down 5-2, and then at least four GMs are like, “WE GOTTA HAVE THIS GUY IN FRONT OF THE NET IN THE PLAYOFFS!!!” Then he gets traded and said GM who wins this derby of doofuses and shit-for-brains is shocked when Vanek spends all of his shifts looking like he’s trying to keep from soiling himself or is just hoping no one discovers he just did. His best playoff output was six goals in 16 games in 2007. That’s 11 years ago. He apparently was on that Wild team that went to the second round in ’15, or as Wild fans call it, “Valhalla.” He didn’t score a goal. Thankfully, I think we’re finally done with this act.

In his second year, Staal put up 100 points and led the Canes to a Cup, which seems like one of those things where God went out for smokes and didn’t realize that switch had been flipped. In 2009 the Canes made the conference Final. Since then, Staal hasn’t been on a team that has won a playoff round. He has 141 points over the last two years, which has gotten the Wild 11 playoff games. The fact that he’s the #1 center on the Wild is more an indictment of the Wild than him, but he has piled up points in locales that pretty much everyone is looking for a way out of as soon as they get there.

This is more of a lifetime achievement award. Pominville has 277 goals in his career, and I can’t say I remember any of them. The last time he was on a team that mattered was 2007. He’s scored over 20 goals, or at that pace, 10 times in his career, and yet it feels like it’s just completing the scoresheet more than making any impact. If Rick Jeanneret didn’t have so much fun yelling his name, you probably wouldn’t know who he is. But don’t worry, he’ll still end up in the Hall of Fame somehow.

Do you remember this past trade deadline, when Rick Nash was considered one of the biggest prizes on the market? The same Rick Nash who has defined “passenger” his entire career. The same Rick Nash that Rangers fans wanted to cover in BBQ sauce and throw into a wolverine pit? Needless to say, it wasn’t a huge shock when the Bruins were pulverized in the second round by the Lightning and Nash spent most of the series with the same expression on his face that was a perfect representation of skunky beer that he’s always had.

Rick Nash should have been unplayable every night. And a lot of nights, the ones in January and February where everyone has basically checked out, he was. When he would back in over the blue line, there was nothing anyone d-man could do. He has three 40-goal seasons. But you see the size, speed, and skill, and you know he should have been potting 50 and even 60 here or there. He should have been terrorizing teams. But no one ever had to plan for Nash when it mattered. The only time he looked like that was the ’10 Olympics when he could be a third-line player and Toews would have broken 10 sticks over his head if any of his linemates didn’t play like their ass-hair on fire. Rick Nash should have been Marian Hossa with better hands.

Instead he’ll just go down as the greatest Blue Jacket ever. That and $2.50 gets you on the bus.