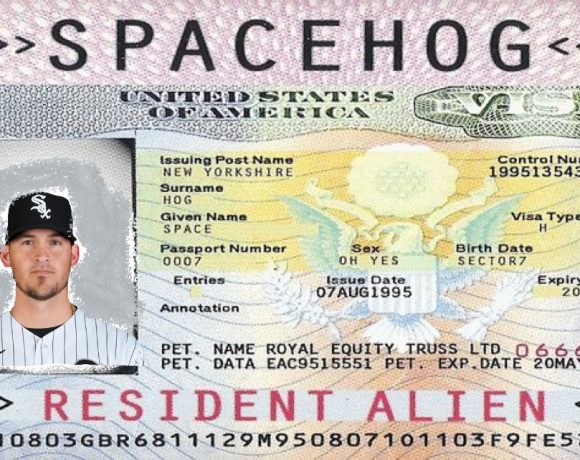 Series Recap: Sox Take 2 of 3 From Rays – In The Meantime

Despite the comments in the press from the players that this was just another series in June, this felt a little more…edgy for the Sox than the Rays. With players dropping like flies over the first few months of the season and their merely average win percentage against teams with winning records this felt like a chance for the Sox to make a statement. Doing so without the services of Yoan Moncada, Eloy Jimenez, Luis Robert, Nick Madrigal and Michael Kopech was an extremely tall order, and the fact that the team took 2 of 3 from the Rays is pretty goddamn impressive.

It’s hard to not get excited about this team right now, and if Rick Hahn makes a few solid moves leading up to the deadline they could (GULP) become a legitimate contender for the AL Pennant. It’s weird to have this kind of hope and excitement about a franchise that’s done nothing but grind our hopes into dust the last decade, and I still am kinda waiting for the other shoe to drop…but STILL. Excitement!

-The biggest story coming out of this game doesn’t involve any Sox players (yet), as Tyler Glasnow was pulled in the 5th inning after feeling a twang in his elbow. After further evaluation, it turns out he has a partial tear of the UCL ligament, which is pretty much death for any pitcher. The more interesting part was his assertion that the tear was partially caused by the fact that MLB has issued a league-wide ban on any sticky substance for pitchers. This is a pretty complex issue, despite some of the blanket statements by people on twitter dot com that he’s a cheater and that’s what he deserves the reality is that with MLB using a hammer when they should be using a scalpel they’re creating a cascade of issues that may cost some pitchers time on the IL.

-Lance Lynn had the same issues that Lucas Giolito had his last start, where his stuff was there but a few pitches were left up in the zone and punished over the wall. Other than the 2 mistakes he made, Lynn looked like the ace he is. Nothing to see here, other than his amazing quote at the end of the game:

The White Sox are not making *too* big of a deal of this big, AL contender showdown

“Yeah, it’s June. No one gives a shit,” said Lance Lynn with a laugh.

-The batting average of Yermin Mercedes continues to plummet earthward as he went 0-4 with 3 strikeouts in the game. He hasn’t looked himself in a few weeks, and with the positive Eloy news coming out Monday he may be K-ing his way out of a roster spot.

-You’re not gonna win many games when your 3-7 hitters go 0-infinity, but credit to the Rays bullpen for picking up the slack once Glasnow died. They’re the type of unit that can simply dominate a series in the postseason, and it’s scary to think the Sox could see them in the 1st round.

-Garret Crochet gave up a dinger, bringing his ERA up to 0.81. Total bust.

-Adam Engel nuked a 98 mph fastball over the bullpen in left. Can you imagine what a platoon of him and Joc Pedersen would’ve looked like for the Sox outfield? Instead we’re left with the corpse of Adam Eaton. GOOD CALL.

-Dallas Keuchel had his good stuff tonight, spotting his sinker at the bottom of the zone and forcing the Rays to pound the ball into the dirt. His final line of 7 IP, 4 hits, 1BB, 5K’s is the atypical start from him and it was great to see him back in form. Not bad for a 5th starter, eh?

-Jose Abreu and Yermin looked all out of sorts against McClanahan tonight, as neither of them could pick up the spin on his breaking ball. Jose is now 0-8 in the 1st 2 games of the series, and Yermin is…still not good.

-Aaron Bummer came in and gave up a leadoff double, then slammed the door shut after that for his 10th hold of the season. Getting him and Evan Marshall back up to snuff will be key in the 2nd half of the season, and this was a good start.

-Liam Hendriks rebounded nicely from his rain soaked blown save. Still would’ve rather had a $30 million dollar right fielder, but that’s not gonna stop me from enjoying him on the team. Fun shit.

-Jose Abreu got shit started right against Ryan Yarborough (who had come into the game pitching very solidly having only given up 10 runs in his previous 35 innings pitched) by lacing a line drive HR over the head of Manuel Margot. It was his only hit of the series, but way to make it count.

-Lucas Giolito once again was bitten by the long ball. He certainly didn’t pitch poorly by any stretch of the imagination (quality start and should’ve had the win) but that’s now 6 dingers given up in half of June, when he only gave up 5 in the entire month of May. Definitely bears watching.

-The bullpen implosion shows the issues they have with consistency right now. Bummer and Marshall will look unhittable for a stretch of two or three games, and then get their fucking doors blown off. Looking at the other dugout you see a bullpen of guys who are consistent as hell, and in the playoffs that’s what you need. Once Kopech comes back, him and Crochet need to be the 8th inning guys going forward until Bummer and Marshall get back to form.

-Danny Mendick tried to make up for his error in the 8th with a leadoff double in the 9th, but the strike zone of home plate ump Fieldin Culbreth became 3 feet wide. It was an inexplicable change to the strike zone in a critical portion of the game, and he’d actually done pretty well up until that point. Robot umps, plz.

-Yasmani Grandal walks, and then he REALLY walks (it off) with a game winning screamer down the RF line. Is he the best .152 hitter of all time? Yes. Is he not of this world? Quite Possibly.

Next up is another stout test for the Sox with 4 against the Houston Astros. While their pitching isn’t quite what it once was, they have enough weapons at the plate to be in the top tier in all offensive categories. By taking 4 of 6 against the Rays and Blue Jays the Sox have already done enough to consider this portion of the schedule a success. Splitting with Houston or better would just be the cherry on top. With Moncada supposedly coming back tonight, I certainly wouldn’t bet against them.