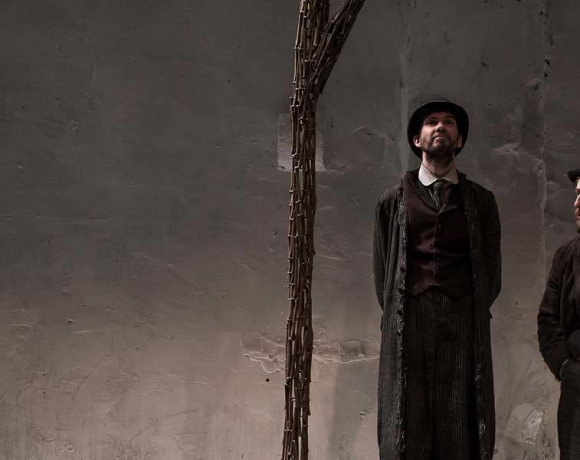 Crossroads, Directions, Urgency, And Other Buzzwords

We spend a lot of time here trying to figure out where the Hawks want to go and how quickly they want to get there. After a day of pondering in initial response to the Hawks getting the #3 pick, which I assumed  only upped the urgency and if they can’t take a player who can help next year they have to trade it, now I’m not so sure. That’s certainly A solution, but is it THE solution? We have spent two seasons now trying to figure out what the Hawks want to do, how they want to go about it, while navigating what we perceive are the forces and what actually are the forces influencing their decisions.

Maybe they don’t even know?

We can say there are two, opposing sides pulling at the Hawks. One is their ONE GOAL URGENCY, which means you have to get as good as you can as fast as you can, in service to your Four Horsemen Of The Cup-acalypse and a fanbase that really has only known winning aside from the “hardcore” who aren’t really going anywhere but do include the construction workers yelling at McDonough outside his office window. It’s that feeling that causes them to utter words like, “Unacceptable, urgency, accountability.” It makes them say them, it doesn’t make them necessarily live up to them.

On the other side, you have the pretty rational urge to try and build a team for the next wave. A team that can stand on its own with Toews and Keith only being contributors instead of pillars (it’s hard to see anytime soon where Kane won’t be the latter). That the Hawks have to find a way to give a team to DeBrincat and now Strome and Boqvist and whoever else ends up being here.

We have spent a lot of time saying that there are so few avenues to getting a #1 d-man or center. That whatever “rebuild” or “retool” they want to embark on is pointless until you can find a way to either or both of those. And the main way is having a top three pick. Well, look at that.

So what do the Hawks balance here? Maybe they look at it and think to themselves that Dylan Cozens or Alex Turcotte is the future #1 center that can take the torch from Toews in three years. And while that might not help you next year, it helps you for more years down the road. They may not get another chance to find that player. Certainly not an easier one.

While Boqvist, Mitchell, Jokiharju, and Beaudin all seem to have their problems, promise, ceilings, and floors, it’s pretty much agreed that if things progress as they should, Bowan Byram is a #1 d-man in the future. He has it all. And maybe Stan Bowman sees the most surefire heir to Keith’s reign. We know development curves for d-men are longer, and you have to live with some shit for a while, but again, that sets you up for longer. Again, this might be your best and/or only chance to get that player.

So how do you weigh that?

For the Hawks front office, things have gotten easier. Because Seabrook’s and Keith’s play this year, along with Keith’s attitude on the ice, means they have less influence. Or they should. You don’t have to “sell” to them, because if they throw a bitch about a continued rebuild, Seabrook should be bought out anyway and Keith doesn’t really have to be here.

So essentially, on the players side, you’re only selling this to Toews and Kane. Maybe they have enough pull between the two of them to say, “No, we’re not waiting around for another season, and certainly not another fucking two years.” And maybe that puts the brakes on any plans. Should it? I can’t really answer that. Is working in their interests best for the team in five years? 10?

Is there a push from outside the organization? Again, it’s hard to say that. The building is still full, even if they’re eating through their beloved waitlist. It’s hard to know how much longer that will last, and while there were some scatterings of open seats earlier in the year, there wasn’t anything resembling a mass exodus.

There isn’t a press baying for heads and blood. There aren’t column inches being devoted to changes the Hawks must make, riling up an already twitchy fanbase and poisoning the atmosphere in the arena. None of the columnists care. Do columnists even exist anymore? And the fanbase isn’t twitchy.

I’ve been of the opinion that the Hawks were either lying or incompetent. That their proclamations of being a playoff team were either being undercut by a front office actually trying to rebuild the roster on the fly using that as cover, or they really thought this was a playoff team and they have no idea how to build one. Maybe the answer is both? Or none? Maybe they’re trying to thread that needle of doing both? Maybe they don’t have any idea which they’re doing? Maybe they keep making half-measures toward one side or the other, which only leaves them stuck in the middle, moving toward neither?

Which makes this third pick fascinating. Because it’s something definitive either way. It also could be their chance to actually thread this needle and do both. For example: they could take Byram or Turcotte or Cozens, and then none of them would be here next year. A week after that, they could splash some cash for a free agent or two, package a couple of prospects for another, and improve the team for the now while really building it for the later. And this is what feels like is the most likely route.

There are a lot of ways that can go wrong, of course. You could spend on the wrong free agent or two. Make a bad trade, and leave your future depth in rubble. The kid you take at #3 just never makes the leap, or makes it at all and you look at them like the Coyotes looked at Strome, except deservedly.

What’s been so frustrating for some Hawks fans, clearly not all, is that there just didn’t seem to be any direction for the team. They said one thing, did another, and then said something else. But I haven’t Occam Razor’d this until yesterday. The most likely explanation is that they just don’t know.

Well now they have a key. They can do one, they can do the other, or they can attempt both. At least maybe they’ll pick one now. Maybe.