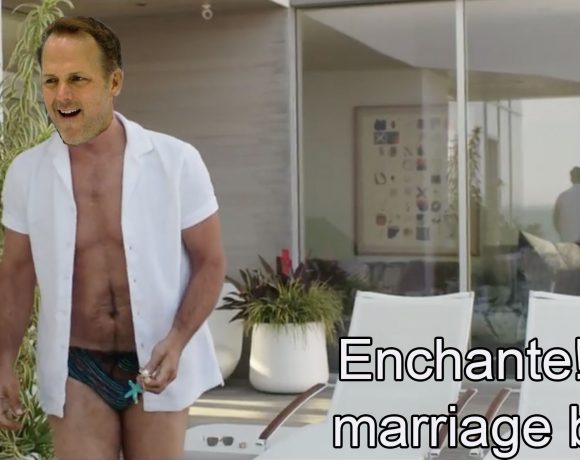 You Share The Same Fate As The People You Hate – ’18-’19 Team Previews: Tampa Bay Lightning

While all the news of the summer has mostly been focused north of the 49th, because they have nothing else to do in the summer except annoy the rest of us with their offseason bullshit and I mean jesus fucking christ get a second baseball team or something or spend more than three weeks at fucking “cottage” where all you do is drink the same bad beer you always do and complain about what you spend the rest of the year doing before you go back to complaining about it while you do it and yes we actually have mountains and lakes here in the States too can you believe it and you’re not so special so just go back to locking yourself in your basement and drinking your own piss while you make videos that 16-year-old girls love because that’s not creepy at all you fucking dweeb and..

I’m sorry, that got away from me. Let’s start again. Most of the attention this summer has been on the Leafs after signing Tavares, or the continuing descent into hell’s asshole from the Ottawa Senators and their drama(s) with Erik Karlsson, or the simply mystifying, long-standing incompetence and arrogance of the Canadiens. So you’d be forgiven if you forgot how the Atlantic Division actually works.

The class is still located on the west coast of Florida, which isn’t where anything should ever be located but here we are. The Tampa Bay Lightning haven’t gone anywhere, though they may have taken a half-step back by not taking a step forward. Then again, that step forward is probably waiting either in camp or in mid-season, and it could be a very large one. Let’s hop to it.

Goalies: As you’ll see with most of the team, it’s basically the same outfit as last year that they’re just going to run again. Andrei Vasilevskiy put up a Vezina-caliber season, at least to the eye of the ever-vigilant hockey press and their Nick Kyrgios-level of effort on thinking, finishing third for that award after piling up a .920 SV% and a 2.62 GAA. He was also .930 at evens. Those numbers would look better if he hadn’t tailed off in the season’s second half, as he went .916-.916-.883-.900 in January-April, which is worrying. And it wasn’t a much larger workload that got him, because he made 50 appearances in the season before while Ben Bishop was fighting with the various gremlins that live in his soft tissue (I think I saw Soft Tissue Gremlins open for…).

So maybe that should have been a clue that the playoffs were not going to be filled with glitter and strobe lights for him. The first two rounds saw him get the soft-landing of the one-man Devils and the one-line Bruins, and he obliged accordingly by seeing the Lightning through in 10 games total. But the series against the Caps, who were running on high-octane at that point, was a different story. He posted a .901 in that series, with serious disasters in Games 1, 2, and 7. Sure, his first foray into the playoffs as a starter, and he is allowed another try or five. But given the way he faded as the season went along, there should be sharper eyes on him at the start of this season as teams already have the scouting reports from last season’s back end.

Backing him up is Louis Domingue. He’s perfectly serviceable as a backup, but the Bolts are not going to be able to turn to him if Vasilevskiy’s belly-up from last year is a feature and not a bug. If that happens, they’ll be looking outside the organization.

Defense: So the temptation is to label this their weakness. And it is right now. Except that it very well might not look like what it looks like now. Because the rumor is that Erik Karlsson will really only go to Tampa or Vegas via trade. And if this defense adds the best d-man alive, it goes from weakness to sharp pointy thing with lasers.

But until that happens, if it happens, we can only deal with what we have on hand. Outside of Vasilevskiy, the biggest reason the Lightning got punted by the Caps in seven games is that Victor Hedman was awful in that series. And when he’s not dominating play, they Lightning don’t have anyone else who can do that. It was also what bit them in 2015, and that’s when Anton Stralman could actually move. Hedman carried a 45% corsi-percentage that series, and his scoring-chance percentage was even worse.

Now, some of that, even a majority, could be explained that he was dragging around the bloated, buzzard-ransacked, maggot-infested corpse of Dan Girardi around. I don’t know what it’s going to take for people in the game to realize that Girardi has been a nuclear disaster site for about five seasons now, and no amount of dumb faces he makes or grunts he emits are going to change that. He should be nowhere near anyone’s top four, let alone a Cup-contenders. Even Hedman couldn’t save his immobile, dead ass and that should tell you something, And yet…

Ryan McDonagh and Stralman are still here to man the second-pairing, and while the odometer readings are catching up to McDonagh, a second-pairing assignment is still well within his range. If in between buying new silk robes and testing the viscosity of his own spunk, Jon Cooper could figure out to slide Mikhail Sergachev here instead of Stralman, he’d be doing his team a huge favor. At least until Karlsson washes up on the useless St. Petersberg shores.

The third pairing is the aforementioned Sergachev, who will be praying he no longer has to serve out whatever apprenticeship/dungeon-hood Cooper has in his own mind (Note: Cooper has an actual dungeon in his house but it is for very different things) and can be let loose. The broken-and-pie faced Braydon Coburn is somehow still here, even though it’s been unclear what he does other than break his face since 2012. Slater Koekkoek and the dumbfuck way he either spells or pronounces his last name and Jake Dotchin probably fancy their chances of cracking the lineup regularly, especially when Stralman can’t get out of a chair and Girardi and Coburn can’t figure out how to sit in one.

Forwards: The opposite end of the spectrum for the Bolts. They have two perennial MVP-candidates on their top line in Steven Stamkos and Nikita Kucherov. They’re perhaps the only team that can claim that, except for maybe Winnipeg. Brayden Point–Ondrej Palat–Tyler Johnson could be the best second line in the league, though the other contender might in the same division with Toronto. The bottom six is littered with solid contributors in Alex Killorn, Yanni Gourde, Cory Conacher, Cedric Pacquette, and now Andy Andreoff who washed out of LA can play with a team more suited to, y’know, something other than belching and farting their way up and down the ice. 1-12 it’s hard to find a more complete unit in the Eastern Conference. They don’t have the center-depth the Leafs now employ, but this center-depth was enough to pile up 113 points with spotty goaltending for half the season. And we know that Steve Yzerman is going to add something sneaky and productive at the deadline for a song, and not even a good song. Like a Styx or Springsteen song or something (suck it, Killion).

Outlook: They’ll be challenged by the Leafs for the division crown, which means they’d have to negotiate likely the Bruins and then the Leafs to get back where they were (maybe the Panthers). There is more than enough scoring here if everyone stays healthy and just gets to their career norms. A couple guys getting snake-bitten could be a problem, but could be countered by guys having spikes. The defense is a worry, until it gets buffeted by that Swedish dude with the hair. No, the one they don’t already have. The goaltending is a bigger question than anyone is asking though, but thankfully no one else in this division has a definitive answer there either. The conference final certainly is a distinct possibility, and once you’re there pretty much anything can happen. At the same time, Vasilevskiy could be what he showed for the second half and then whatever resources they were going to chuck for Karlsson might have to be used to go get a goalie. Why do I feel like Henrik Lundqvist could end up here?