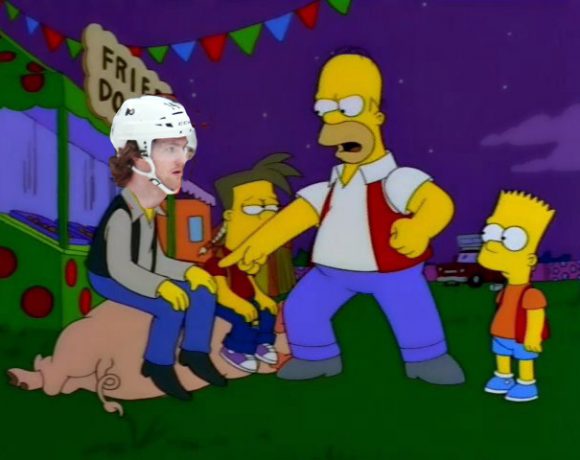 Around these parts, we’re familiar with the concept of a unicorn center–i.e. one that takes the dungeon shifts and yet continually turns the ice over to the good end of things. Not like you’re thinking, Beverly Brewmaster, you weirdo. Marcus Kruger was the backstop to two Cup teams doing it, and David Kampf has taken the torch from him and is currently filling the role in exemplary fashion.

But neither of them, nor really anyone, does it as well as Sean Couturier.

Couturier stuck with the Flyers right out of his draft year, becoming one of the league’s best checking centers as a teenager. He routinely drove centers nuts from the dawn of his NHL career with his high-speed, instinctive game that always had him in the right spots. He was the anchor to that team that beat the Penguins in the playoffs where neither team had a goalie, nearly causing Sidney Crosby to start painting with his own bodily fluids. Jonathan Toews has found Couturier to be a complete pain in the ass in their limited meetings per year. They’re not the only ones.

But Couturier has been more than that of late. When the Flyers lacked a #1 center, or Claude Giroux was better utilized on the wing, Couturier slotted up there the past couple seasons. That led to back-to-back 76-points seasons, while still providing his possession-dominant ways.

Couturier has slotted back down this season, but nothing’s changed. Over the past five seasons, only five centers have had worse zone starts than Couturier. Two of them are now out of hockey in Dominic Moore and Ryan Kesler, Jean-Gabriel Pageau, Mikael Backlund, and Luke Glendening are the others. None of them have matched Couturier’s Corsi-rating or expected-goals percentage, and no one’s even really close on the latter. You have to get down all the way to find Patrice Bergeron to have a significantly better number than Couturier, and he gets 10% more shift-starts in the offensive zone.

Of course, Couturier didn’t get any Selke consideration until he started putting up those 76-point seasons, because that’s just how these things work as voters really have no idea what they’re looking for when it comes to that award.

Couturier’s $4.3M cap hit per year might be the biggest bargain in the league, considering all the things he can do. If Nolan Patrick is ever able to fill in higher up the lineup (or even healthy), Coots can be the second or third center simply erasing other top centers out of the game. He can be the #1 and score just enough to justify being there. He is the league’s best Swiss-army knife, basically.

So far this year, his line with Oskar Lindblom and Travis Konecny has been the Flyers biggest threat, and that might be the case going forward. Claude Giroux and Jakub Voracek have crossed into their 30s, and James van Riemsdyk isn’t too far behind. These three kids are right in their prime or just about to be, and the Flyers path forward is that trio making it easier on the older guys as they start to lose their fastball. That appears to be the plan, and the one the Hawks have to watch out for tonight.