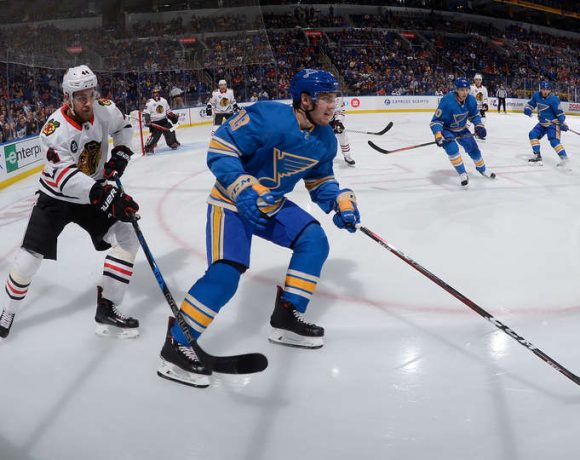 Look, at this point it’s a cliche, but it always happens. The Hawks go into West East St. Louis on a Saturday night, that team teetering on quitting on whatever coach they currently have behind the bench and with the florid-faced, meth-addled MAGA chuds in attendance baying for blood from the word “go”. Sometimes the Hawks rope-a-dope and let the Blues skate themselves out of position and eventually turn to retaliatory bullshit, and others, like tonight, the pucks go in (extremely) early and the Blues walk away with two points having left everyone feel dirtier for having watched it.