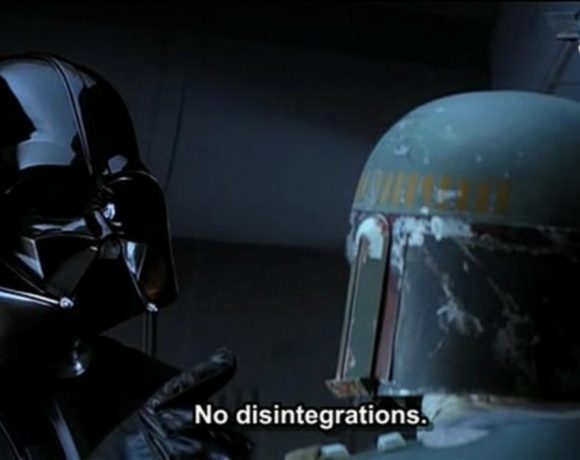 No Disintegrations – Hawks Lose Both To Avs, Beat Scum

Sometimes there is victory in defeat. The two games against the Avalanche proved that this week, as the Hawks played them extremely well and yet ended up on the short end of the stick both times. On the other end of that spectrum was the flaming clown car that was Wednesday night’s game against the Scum, where defense was treated completely optional in favor of a track meet up and down the ice. Ultimately the Hawks only took 2 of a possible 6 points in this stretch, which dumps them even further down the cliff that is the Western Conference Playoff Picture.  Time has almost run out for the Hawks playoff hopes, and it’s time for the team to cement their direction for the future of the franchise by installing whoever they decide to be the new GM because there are decisions that need to be made. This is the way.

This was actually one of the better road games the Hawks had played in quite awhile, and yet when you’re outgunned like they were you can’t afford to make any mistakes. The Hawks made 2, and they both ended up in the back of the net. Not much else you can say about these two teams, other than the Avs are considerably more talented on both sides of the ice. They were able to keep possession of the puck for lengths at a time (53% and 55% CORSI in the first 2 periods), while limiting the Hawks to a one and done anytime they were able to get in the Colorado zone. Pavel Francouz (real name) didn’t have much to do to secure his 3rd career shutout as the Hawks were only able to get 24 shots on net, and only 10 of them were of the high danger variety.

The Avs are on a heater right now, as they’re 18-1-2 in their past 21 games, and unbeaten at home since Thanksgiving. The Hawks skated right into the buzzsaw, and I have to give them credit for the effort they put forth. They could’ve packed it in after Rantanen’s goal in the 3rd, but they poured it on and actually owned the possession battle 53-47%. DeBrincat was his usual amazing self, with 3 shots on goal and a tasty 57% CORSI rating. Connor Murphy also deserves some credit, with 3 shots of his own and a stunning 74% rating. The Hawks took 12 shots to the Avs 4 when he was on the ice, and it’s nights like tonight where his trade value will never be higher. That being said, we have no idea who will be behind the wheel when it actually comes time to make those trades, so it may be a moot point.

I have no idea what the fuck this game was supposed to be, but it ended up being the hockey equivalent of snorting a mound of cocaine and riding a roller coaster for 60 minutes. You really can’t bother looking at the advanced stats for this one, as both teams just said “fuck it” and decided they were gonna treat team defense like Qaron Rodgers and Tyler Bertuzzi treat scientific information. The Hawks jumped out to a 4-0 lead on the back of some quality offensive play by Dylan Strome, who had 2 goals and 1 assist in that span. Adding on a tally from Kubalik and Sam Lafferty’s first goal as a Hawk, heading into the dressing room up 4-0 after 1 you’d figure that would pretty much be it for the night, right?

Nope. The Wings came out flying in the 2nd after pulling Alex Nedeljkovic for Calvin Pickard, scoring 2 less than a minute apart and then potting one with 13 seconds left in the period. The Hawks couldn’t get out of their own end, and were turning the puck over in the neutral zone like it was going out of style. The Wings dropped 13 shots on the Hawks after only mustering 7 in the 1st, and Marc-Andre Fleury looked all kinds of tired.

The 3rd started out just like the 2nd with the Wings pressing hard, but Fleury was up to the task. Finally the Hawks took the momentum back with a PPG from Strome (giving him his first hat trick since juniors) and one from Top Cat on a nice 2 on 1 with Toews. The Hawks were struck with stupid again after that, letting the Wings back within one after a PPG from Moritz Seider and a tally from Dylan Larkin. That was as close as the Wings would get, however, as Hagel stripped Old Friend Nick Leddy and sealed the deal with a breakaway goal. Tack on an ENG from Top Cat, and you end up with the 8-5 final in a game that was sloppy as fuck, but stupid fun to watch.

This game started out a mirror image of the one from Monday night, with the exception that it was the Avalanche that played the perfect road period in the 1st (something that gave the feeling of a cat playing with it’s food), ending it with the score tied at zeros. Once again like the first game against the Avs, it was a dumb penalty that allowed Colorado to take the lead with a PPG from Landeskog barely a minute into the second period. JT Compher tacked on another about 15 minutes later when Caleb Jones lost a puck battle in the corner and Connor Murphy lost his stick into the side of the net, allowing Tyson Jost to flip the puck into the slot to an all alone Compher as Dylan Strome and Brandon Hagel stood there dumbfounded. Shortly thereafter the Avs pinned the Hawks in their own zone for the remainder of the period, resulting in Patrick Kane taking a hooking penalty just before the period expired.

Predictably, Landeskog started out the 3rd the same way he did the 2nd, burying his second power play goal of the night, and seemingly putting the final nail in the Hawks coffin. Unpredictably, the Hawks fired themselves up like Hulk Hogan making a comeback at Wrestlemania and threw everything they had at the Avs in the 3rd. Less than 20 seconds after Landeskog’s goal, Brandon Hagel atoned for his defensive miscue by tipping in a shot from Connor Murphy at the point. Then came Kaner’s goal a minute later off a slick give and go between him and Gustafsson cutting the Avs lead to one. Alas the fairy tale ended there, as Alex Newhook buried a weird one timer past Fleury when Brett Connoly half-assed his way back to the net. The Hawks would score one more from Gufstasson, but it was too little too late.

Overall, it was a very entertaining week of hockey from the Hawks, but they only get two points to show for it. Had this level of compete occurred against almost any other team in the West, the Hawks would’ve most certainly taken at least two of the 3 games. The Avs are not just any team in the West, however, and their talent level far exceeds the Hawks right now. I’m sure this is how most other teams felt playing the Hawks in 2010 and 2013, and I guess it’s only fair it’s being done to them this time around. The Avs are on an absolute tear right now, and their Star Destroyer of a team was more than enough for the Corellian Cruiser the Hawks were puttering around in. It was always going to end this way against them, but at least it was an entertaining watch.