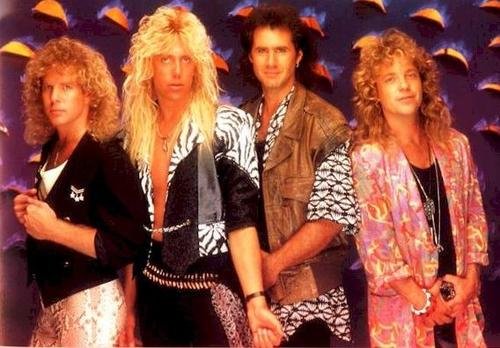 TV: NBCSN (but with us on commentary!)

THE CITY SO NICE IT SMELLS LIKE PISS: Blueshirt Banter

The Hawks return home for just two games this week, before heading back out for what looks to be an absolute Unblinking Eye of a road trip through Dallas, St. Louis, and then Florida. Which makes these home games an absolute must, and even that probably won’t save the Hawks from having their season come to an end on that trip.

Which of course, is far too late. The deadline is Monday, and the Hawks can pivot toward the future, and successfully, if they just give in and start cashing in on Gustafsson and Lehner and maybe one or two others. Perhaps losing these two home games will finally make up management’s mind. Two games shouldn’t do that, but we know how this works. And we know how this team works, where they could for absolutely no reason other than hockey weirdness take these two games on Madison, and then at least split that trip coming up and justify the front office doing absolutely nothing come Monday. They’ll say it’s in service to their vets, but the vets will be just as pissed off come April when they’re still five points out of a playoff spot.

Perhaps that’s for another time, but tonight’s opponent should make for sobering viewing for the Hawks. The New York Rangers are in the middle of a rebuild, and yet have more points than the Hawks playing in the tougher conference. The Rags tried to soup up their arc by signing Artemi Panarin in the summer and having Kaapo Kakko fall into their lap.

While the former has performed as you’d expect, Kakko has been a disappointment. Eight goals and 19 points for a player that looked like he could belch up 30 goals per season at least. More worryingly, Kakko has been getting utterly crushed metrically, and his game clearly is going to need more work than the Rangers would have anticipated for a #2 overall pick. He isn’t even getting into scoring areas and chances as much as you would have expected, and has played himself onto the third line for the moment.

But this is New York, so that’s not the only drama going on with the team. Alex Georgiev might finally, along with Henrik Lundqvist’s age (though you wouldn’t know it to look at him, asshole), make the Rangers face the hockey mortality of their stalwart in net. Georgiev has been the superior goalie, this is Hank’s second straight subpar year, and at 38 and with only one year left on his contract after this one both Hank and the Rangers finally can see what life without each other is going to look like.

Up front, the Rangers can’t seem to decide if they want to trade guided missile Chris Kreider or make him part of the future. The package the Devils just got for Blake Coleman surely is giving them pause though, because Kreider likely gets the Rangers more than that. He’s also just about the last chip the Rangers have to play, as the rotting corpse of Marc Staal isn’t going to fetch much more than sympathetic looks and the loose change found in jacket pockets.

None of that has kept the Rangers from putting up more points than anyone would have guessed, and some of that is to do with their high octane defense. Tony DeAngelo (who really couldn’t be more perfectly named for a New York hockey player), Adam Fox, and Brady Skjei (Chance’s buddy) can all make things happen from the back, which keeps the Rangers playing at a pretty high pace.

They might not have star power up front beyond Panarin, but they do have a collection of fast forwards (including one named “Fast”) that can be hell to play against. They had won four in a row and five of six before getting kneecapped by the Bruins on Sunday. This is also their Mom’s trip, and it’s nice to see a team bring their moms to a true destination like Chicago instead of whatever backwaters the Hawks dragged their matriarchs through this year.

All that said, and even with the speed they have, the Rangers are a woeful defensive team. Even worse than the Hawks, if you can believe it. They’re last in xGA/60 and among the worst in Corsi against. So this game has a chance to be utterly hilarious in that fashion. Skjei, Fox, and DeAngelo (HEY! HE’S HOCKEYIN’ OVAH HERE!) can get up and go they can also get up and fall over in their own end. None of the Rangers young forwards have any idea what they’re doing in their own end, so the Hawks will get chances.

Does it matter? I have no idea. I think they’re toast. I don’t think they think they are, and maybe this is the death rattle week for them.

But what you should do is download the Hot Mic app on your phone, and listen to us do our inaugural broadcast on there for this one! Also use code “SAM376” when you do. We’ll be doing a whole MST3K thing with the game tonight, and it should be fun. Hope to have you along.