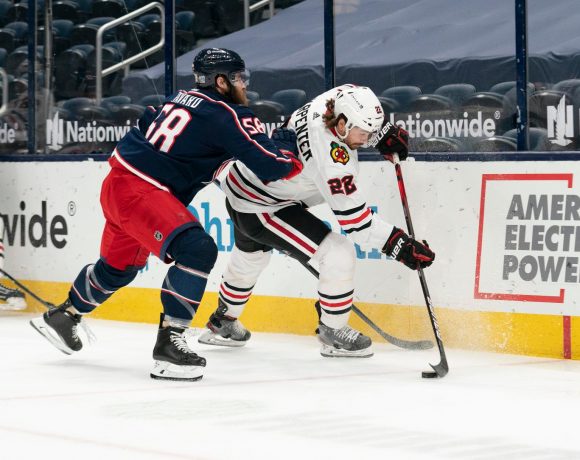 The first game of this series was filled with lots of offensive FUN (ignore that Kane was in on 80% of the goals and Laine was in on the other 80% for his team) and the slog of a second game was a snooze-a-palooza where both teams decided they were going to bore us all with lots of DEFENSE, CHECKING, and PHYSICAL PLAY that makes up one of those good ol’ fashioned hockey games. Let’s take our 4 points, end this series and get to the bullets.

The Blackhawks will next face the incredibly bad Red Wings this weekend. Then, like Pat Foley announced on the broadcast, the Blackhawks will be going on a “MURDEROUS ROW” over the next couple of weeks as they face Tampa Bay, Florida, and Dallas way too many times. What could possibly go wrong?