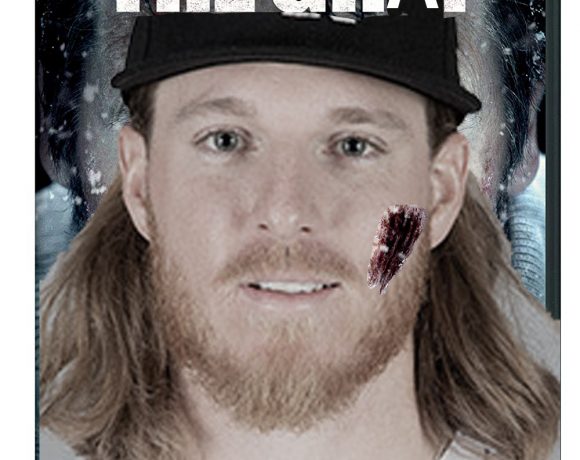 We Can Plant A House, We Can Build A Tree – Cubs Offseason Wishlist: Jon Gray

We’ve been through a few pitchers the Cubs could just sign, some good some bad. We started this whole thing off with a trade target, and that was Thor, which will never happen. So let’s cycle back to another trade target, something of a baby Thor. And that’s Jon Gray.

Gray is probably on the trade market because he only has two more years of control, and the Rockies are loathe to spend money they don’t have to, even more than the Cubs. They’re not going to sign him when he’s a free agent, and there are some things about his performance that would give any team pause, so they can probably sell him at his highest now before he breaks again. Would he make sense for the Cubs? Yeah, he just might.

Why A Spoon, Sire?: Gray was sneaky good last year, when you adjust for the fact that he basically pitches his home games on the moon. He finished the year with a 76 ERA- (100 is average, and counts down), which if he had enough innings would have been one of the best marks in the league. It was the second out of the last three that he was around 75, which he also did in 2017.

The strange this is this past season, Gray doesn’t have much of a home/road split. Hitters had a .261 average against him at home, and a .258 on the road. On-base and slugging are just about the same as well. His ERA at home was 3.46, and 4.22 on the road. He actually had a worse home-run rate on the road, which doesn’t make a ton of sense but that’s the way the cookie crumbles. And for his career, there really isn’t much difference between home and road for Gray. He’s basically the same pitcher.

Which is a pretty good one. Gray has struck out just a tick above a hitter per inning in all four of his full seasons in the Majors. If you go by percentage, he’s struck out a tick above league average as well. In three seasons, he’s maintained a 3-to-1 K/BB rate. This year, Gray bumped up the amount of grounders he gets to over 50%, which would play even better away from Coors as the altitude tends to turn their infield into a runway. Still, the Rockies had a great infield defense, which Gray would find here.

Ein minute bitte, vous einen kleined problemo avec de religione (he was from everywhere): There are flags with Gray, of course. One is health. Gray has never taken on a full slate of starts in a season, managing over 30 starts just once (and 29 on another occasion). He’s achy-breaky. He just turned 28, so he’s probably just always going to be the kind who misses 5-10 starts a year. Again, we’ve gone over this before, that the Cubs should be buffeted for that kind of thing with Chatwood and Alzolay around, but it’s not something you’d willingly choose if you didn’t have to.

Second, Gray only throws two pitches really. As we’ve seen with Chris Archer, the shelf-life for starters with only a fastball and a slider isn’t very long, and Gray could be coming to the end of his if he doesn’t add something. He does have a decent curveball, and if a team could draw that out of him more then you might really have something. It would just be a departure from his approach in his whole career. On the plus side, Gray’s fastball gained some velocity this past season, so it’s probably still some time before his fastball is a problem.

Third, Gray has given up a ton of hard contact, and especially this past season. Statcast has him at 43% hard-contact against, and FanGraphs at 39%. The StatCast mark is in the bottom 4% in the league, The average 89.8 MPH exit velocity isn’t pleasant to look at either, and that’s not altitude influenced. And he’s been trending that way for the past two seasons.

Little Silver? Little Gold?: Gray would be moved for prospects, as the Rockies system blows, they don’t really want to add any payroll if they can help it. Gray has two years of arbitration left, and he’s projected to get $5.6M this year so you’d have to guess his last year of arbitration would be somewhere around $7M-$8M, unless he goes nuclear next year. His affordability will make him a harder trade, but them’s the breaks. The Cubs aren’t laced with prospects, and other teams might be in on Gray given his low salary and high ceiling and relatively established floor. It would probably take a couple B-Level ones to get this done. Very well might be worth it.