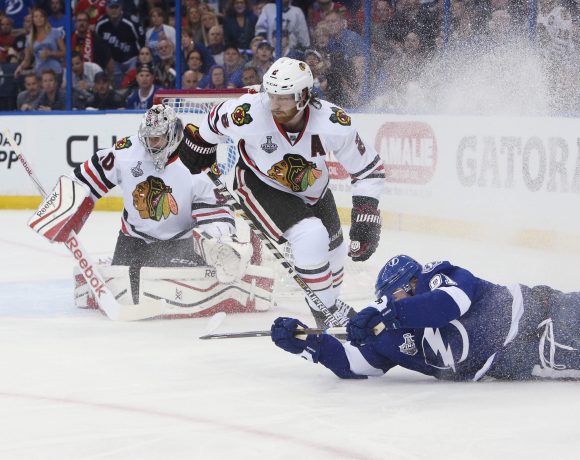 Thursday seems like it was forever ago (or maybe I just need to get more sleep) but the memory is probably still pretty fresh for both sides coming into a pretty crucial Game 5. The Kings are licking their wounds after a miserable third period that we’ve covered and reveled in for the past two days. If anyone knows that a 3-1 series lead isn’t safe though, it’s going to be Chicago, seeing as how they offed their rivals in the last series despite being in the exactly same spot.

For tonight, the Hawks don’t need to change much but can’t pause for a second and think the series is safe. LA is going to be a difficult spot to find a second win in and anything can happen in a Game 7. With Boston waiting, this needs to end tonight.