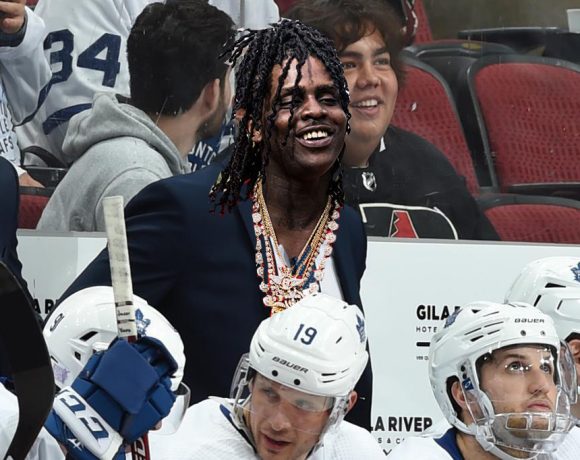 Certainly there’s more to Sheldon Keefe than just his work behind the bench with the Leafs. We discussed that here, though have come to learn later that some of it is no longer the case. Today we’re just here to discuss his work the past two months with the Leafs, and leave the rest for another day.

What was clear before Keefe arrived is that life under Mike Babcock was miserable for the Leafs. Auston Matthews had just about completely tuned him and the staff out, and Hockey Night In Canada had a few chronicles of him looking dejected with them on the bench. He wasn’t alone, as Babcock’s simply abusive personal style and his stifling tactics had choked the life out of Toronto. So really anyone coming in, their simple task was to make the Leafs enjoy hockey again. That doesn’t sound all that hard when you consider the talent on offer here.

Oh, and maybe not play Cody Ceci so much.

So how has Keefe done? Whatever he is actually doing, he has certainly freed up the Leafs. Before Babcock’s firing, the Leafs had a positive possession-share but were below water in expected-goals to the tune of 47.9%. That should have never happened with the arsenal the Leafs have. Keefe obviously realized this, because since he took over the Leafs’ expected goals-percentage is 54.8, third best in the league behind Vegas and Tampa, the latter of which you might have noticed have lost like one game in the past two months.

And as you might expect, the Leafs have improved their numbers by simply upping the offense. This is a team that has at least three scoring lines and should just be bludgeoning teams. Their attempts per 60 have only gone up about one per game, but their expected goals-for has gone from 2.14 under Babcock to 2.69 under Keefe. That’s a rise of 25%. Their scoring chances per 60 has risen at just about the same rate, so clearly Keefe has found a way to get the Leafs in more dangerous areas more often. Which against the quality of finishing the Leafs have, is death to most teams.

What might really rankle Babcock is the Leafs have gotten better defensively as well, though that’s probably to do with having the puck more and creating better chances. But their expected goals-against has gone down from 2.33 under Babs to 2.22 now. Offense sometimes is the best defense?

Luck of course plays a role, though Leafs followers would argue that a happier team is more prone to get the bounces, especially when they’re forcing things more as they are. The Leafs shot 7.8% under Babcock, and that’s risen to 9.6 under Keefe. The SV% has also gone up, from .909 to .916 at evens.

The power play is also clicking a little better, with 19 goals in Keefe’s 25 games after 13 in Babs’s 23, and that might be a result of letting Matthews freelance a little more on it. The motion the Leafs get is akin to when the Sharks’ PP became self-aware a few years ago. They’re also getting that kind of movement at even strength, and there are very few teams that can live with that speed when it’s allowed to go wherever it wants.

Of late, Keefe hasn’t been hesitant to shift things around. Matthews had spent most of his time earlier with William Nylander and Andreas Johnsson, and now Marner has replaced Nylander on the top line. Zach Hyman has replaced Johnsson. Considering their xGF% is 65% together, it’s clearly working.

Keefe’s big tests are yet to come. He’ll be without both Jake Muzzin and Morgan Rielly for the next few weeks as both have broken a foot (how adorbs). And of course, no one’s going to care about anything until the Leafs get past the first round. Perhaps any coach could have lightened the mood simply by not being the overrated, raging asshole that Babcock apparently was. Still, the results are the results, and the Leafs certainly are a more fun bunch to watch and be around now.