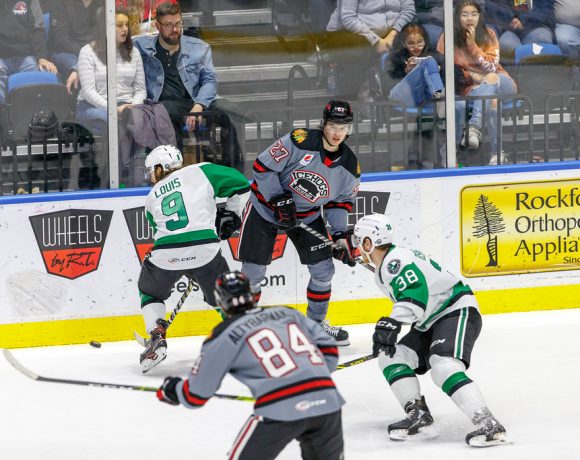 The Rockford IceHogs ran out of steam in their latest three-game weekend, falling to the Texas Stars Sunday afternoon. The 3-2 loss comes after the Hogs dropped a 4-3 decision in Iowa Friday. Between the two setbacks, Rockford used a four-goal first to subdue the Stars 7-4 Saturday night.

I’m setting the timer for one-hour; here are some thoughts on the weekend.

Thoughts On The Weekend