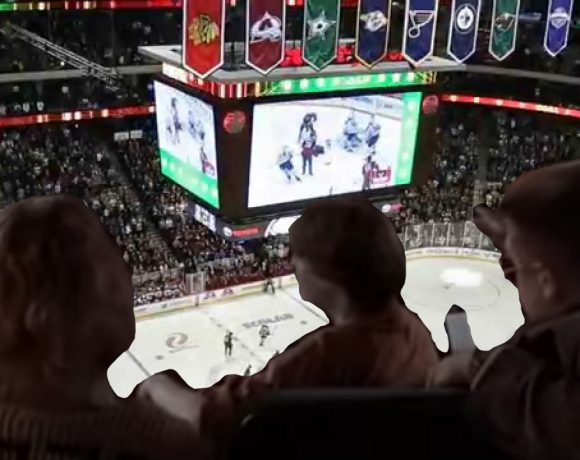 You Share The Same Fate As The People You Hate – ’18-’19 Team Previews: Minnesota What-Have-Yas

As the season draws nigh, we land on the team in the Central Division that I become more and more convinced are the only ones the Hawks can actually catch. The Minnesota Wild will show up to make up the numbers, because that’s really all they do. Sure, there was that weird one a couple seasons back where they almost won the division, and then surrendered meekly in the playoffs.

And that’s all the Wild ever really do. The height of their accomplishment is that they almost did something. They like, almost beat the Hawks in 2014. They almost won the division. And they almost mattered anywhere beyond that.

This is a team that if it has a true, top-line player it’s either the pretty damn old Eric Staal or the permanently crocked Zach Parise. If it has a truly top-pairing d-man it’s the pretty damn old Ryan Suter. It will once again rely and Devan Dubnyk to bail them out of just about all the things they can’t do, as he barely clings on to the platform of top-echelon goalies. Again, he’s an almost. He’ll almost get you there. But he won’t. And they won’t.

Goalies: You know the story here. Doobie Brother is going to be in net and he’s going to be better than you ever think he is, because we don’t associate him with the Prices and Holtbys of the world, perhaps just because he’s so damn goofy looking. But last year’s .918 SV% overall was something of a small step down for him, And over the past four seasons, only Price has a better SV% than he does. He’s a tick ahead of Corey Crawford in that span as well. He’s just that good, and without him the Wild would essentially be the Canucks.

He’ll be backed up by Alex Stalock again, who was just about serviceable last year. Stalock spent three seasons being woeful or being in the AHL before last year, and he’s certainly not anyone the Wild are going to want to have to ride if Dubs were to get hurt. But he’ll do a job. This whole fucking team is guys who’ll “do a job.” It’s why they don’t do anything.

Defense: Christ, is there a team with less turnover than this bunch always seems to have? Dumba, Suter, Brodin, Spurgeon. It’s been that way for seemingly 89 years. And none of these guys are bad, and in fact all are quite good. Even if the Wild have been trying to trade Brodin for three seasons. Suter has aged better than his contemporary Duncan Keith because his game is more efficient. There’s no wasted movement. Dumba put up 50 points last year and I bet you didn’t know that. Spurgeon has been one of the best puck-movers and possession d-men in the league for years even though he’s not getting on any roller coaster. As far as top fours go, there are plenty of teams doing way worse than this (leading off with the one in town).

The third-pairing is looks to be Greg Pateryn, who is a broken toilet, and rent-a-stiff Nick Seeler. There’s a couple kids in the AHL in Menell and Belpido who could come up somewhere during the season to bolster this, but in the meantime they’ll get by with the top four they have.

Forwards: Again, you know this crew. Eric Staal somehow came up with 42 goals last year, though somehow I doubt he’ll shoot 17% again. As he hadn’t scored more than 30 since 2011 before that, you can look for 25-28 goals again. And where the Wild will make up the difference, I can’t tell you. Mikael Granlund is still here to not be a center and a top line winger with a whole lot of “Yeah, but who gives a shit?” Jason Zucker got rich and will still score 10 goals annoying goals against the Hawks, and that’s it. His 33 goals last year aren’t the anomaly that Staal’s totals were, because he’d scored at that rate before. But you see him and think, “If he was on the second line, that team would be good. But he isn’t, and they’re not.” Zach Parise is here for 50 games and then he’ll have some injury that will cause you to have to take a moment to yourself while kneeling. Charlie Coyle is a synonym for disappointment. Mikko Koivu needs his food turned into mush. Nino Neiderreiter will be undervalued by everyone, including his coach. “Joel Eriksson Ek” is something you say while booting. Marcus Foligno is always a sign that your roster needs work.

We have written this preview for them for like four straight seasons. I’m just fucking cutting and pasting next year, assuming the Hawks haven’t caused me to turn the lyrics of “High Speed Dirt” into a performance art piece.

Outlook: The thing about the Wild is that the roster isn’t anywhere near bad enough to be bad. That would at least be interesting. They’re a team full of the middle skater from the Nintendo hockey game. Just fast enough to not get killed, but not skilled enough to surge. Dubnyk gets them to the playoff platform if he performs. If he falls off or gets hurt, this is the definition of an 88-point team.