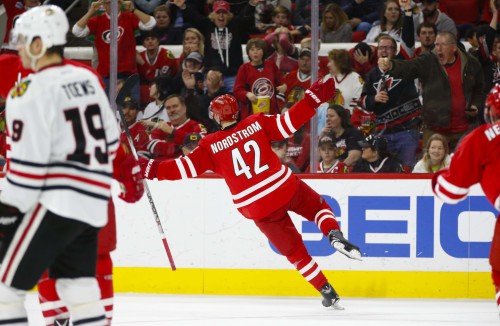 If you’ve watched the Hawks for even just a few years, this was not all that hard to see coming. A single road game before the break. A more than solid effort last out over a division rival that put to rest a mini-losing streak, so there wasn’t really anything to “correct” tonight. A motivated opponent that needs every point it can get with the things that the Hawks struggle with when they’re not all there (a good coach and a mobile defense). A sick captain, and it’s hard to keep a sickness restricted to just one player on a team, so it wouldn’t be a surprise if a few guys have rumbling tummies or whatever’s bugging Toews. It all added up to an effort where the Hawks looked like they were watching the clock from the opening faceoff. And that’s exactly what we got.