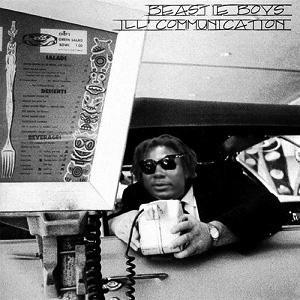 As Josh Bell turns the National League into ash and dust, it’s important to remember that he was always projected for this. Of all the prospects the Bucs have debuted over the years–Marte, Polanco, Meadows, one or two others–Bell was the one with the most hype when he arrived. He never really showed this kind of power, but this kind of average was the thought.

A year before his call-up, Bell tore AAA apart in 35 games at just 22-years-old. He hit .347 and slugged .501 in that brief stint, and then backed that up when he started the ’16 season in AAA with .295/.382/.468 in 114 games. That earned him a call-up for the end of the season in Pittsburgh, as they tried to salvage whatever they could from the wreckage that Jake Arrieta and Kyle Schwarber had wrought the previous October.

Bell’s first full season in the majors wasn’t bad. He popped 26 homers, while maintaining plus-walk and strikeout rates. But other than walking a bunch and those homers, he didn’t do much else, hitting only .255 which kept his on-base down. And that was basically the story last season, though Bell only managed 12 homers.

Clearly, things have changed this year. And it probably has to do with Bell’s new “GRIP IT AND RIP IT” attitude at the plate.

Bell is swinging at 5% more pitches outside the zone, a whopping 13% more pitches inside the zone, and overall has increased his swing-rate 7% more to nearly 50%. It’s led to more swinging strikes than at any point in his four seasons at The Confluence, but no one seems to care as long as it comes with the very loud noises he produces. You can accept strikeouts when you’re providing souvenirs a good portion of the time.

To go along with that, Bell is pulling the ball more than ever. Last year he only pulled about a third of his contact. This year’s it’s 43%, more than his rookie year when he had those 26 homers, and now he’s got 27 with 73 games to go. That’s also seen his hard-contact rate at nearly 50%, and that’s from either side of the plate.

The selling out to yank anything into the river at PNC has made a difference in where pitchers can go. You used to be able to go inside and high in the zone to Bell. No more: 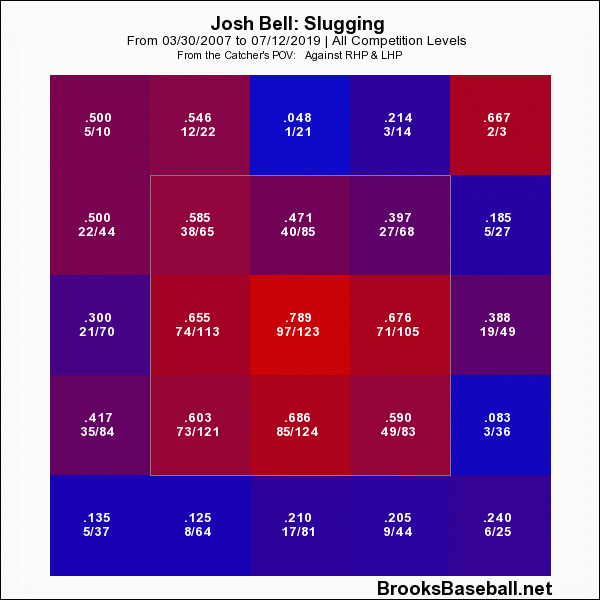 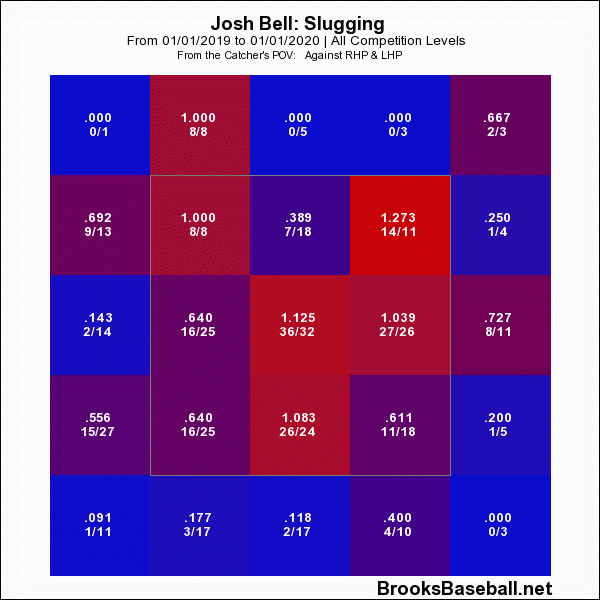 You would think being this swing-happy and pull-happy (so happy!) would leave Bell vulnerable to breaking pitches. But the big improvement in his game is his work on curves and sliders. For his career he hits .233 and .216 on them respectively. This year it’s .400 and .308. It used to be that you could get Bell on breaking pitches in the zone, but that’s not the case anymore. He’s not missing them, and you see the destruction he has wrought so far.

Physically, Bell has calmed down some ticks and triggers in his swing, which he always seems to be changing his first couple dances in the majors. Ben Clemens in May at Fangraphs had a pretty good breakdown of it, but the nutshell is that Bell is keeping his feet straight instead of an open stance and just being calm before the pitch.

All of it has made Bell one of the more feared sluggers in the NL, and he certainly looks the part looming over the plate with his 6-4 frame. So basically Bell can look forward to being the next Pirates star to be shipped out for peanuts before Bob Nutting has to actually spend any money. Good times.