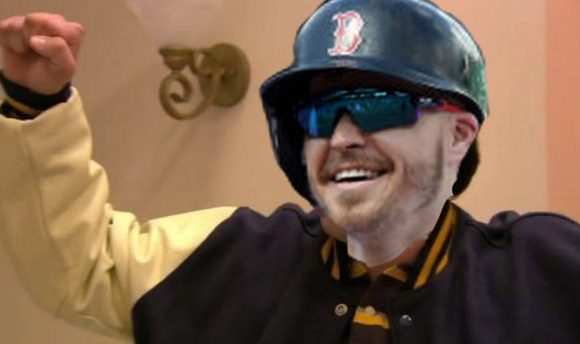 We Can Plant A House, We Can Build A Tree – Cubs Offseason Wishlist: Brock Holt

Full disclosure, a signing of Brock Holt would allow me to open up the box marked “Mike Olt/Steve Holdt Jokes” that I never really got to use much when Olt prove to be an oaf. So I’m biased. Still, while it would hardly be the sexiest signing the Cubs could make, it would have some purpose. The Cubs might need help filling in second base while Nico Hoerner cooks some more in Triple-A. They could use a little more flexibility, depending on what happens with Ian Happ this winter, or Albert Almora, or really the whole goddamn thing. And they can probably use some relatively affordable help. Holt checks all the boxes.

Why A Spoon, Sire?: Well one, Holt plays everywhere. He played second mostly for the Red Sox, but in the past has played short, third, some first, and even some spots in the outfield. He hasn’t flexed around the diamond of late, but it’s probably still in the holster if you need it.

Second, Holt murdered right-handed pitching this past season. If you focus only on his work against them, he slashed .318/.394/.438, good for a 119 wRC+. It’s best if you don’t look at his work against left-handed pitching, but the Cubs really should be covered for that with David Bote lying around and possibly Happ switch-hitting as well. He also had a near 40% hard-contact rate against them.

And that might be a one-season trend. In 2018 Holt hit both sides well, and his career numbers don’t suggest a huge split. Holt may have been a touch unlucky last year against southpaws, as with a 27% line-drive rate against them he only managed a .277 BABIP. He was probably due a couple more hits. That’s one of the better line-drive rates against lefties in the game, if he’d had enough ABs to qualify which he obviously didn’t as a utility player.

Thirdly, the Cubs seem intent on adding contact hitters to the lineup, and Holt is that when he plays. Holt has an 86.5% contact-rate, which on the Cubs would be just about astronomical. Of all their regulars, only Rizzo was above 80%. Holt walks a decent amount, doesn’t strike out much, and gets the ball in play. The Cubs don’t have a ton of that, though Hoerner is supposed to make up some of that difference.

Ein minuten bitte, vous einen kleinen problemo avec de religione (he was from everywhere): Well, it’s debatable how much the Cubs need a player like this, depending on the other maneuvers the team makes (Hilda…I have invented a maneuver….). There’s a chance Hoerner could start the year as the top second baseman, and he could fill in at short when Javy needs a day. As we said, Bote’s around, so Holt wouldn’t be much more than a left-handed compliment to him. And if Happ is still here, and not permanently installed in left after a Kyle Schwarber trade (don’t you fucking dare, Theo), he can bounce into second as well.

Holt doesn’t provide a lot of pop, just kind of serviceable offense that blends nicely with his flexibility. Or what used to be his flexibility. That’s the other thing, is that it’s been a couple years since he was moved around everywhere, so there’s a chance he might not be able to do it anymore. Still rather have him taking these ABs than Descalso, though.

Holt will also turn 32 during the season, so that also plays a role in what he can or can’t do.

Little Silver? Little Gold?: Another part of the appeal here is he can’t possibly cost much. Holt made $3.75M in arbitration last year, and this is his first crack at free agency. I can’t fathom he’d cost more than $4M or $5M for one year, if that. Oh here’s a kicker, it was Theo who drafted him. So you know there’s a connection there. For a utility bat, you could do way worse.