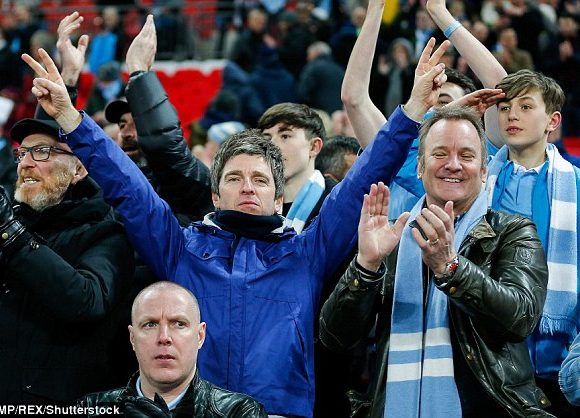 Friday Foofaraw: Our Definitely Not (But Should Be) World Famous EPL Preview – Part 2

Leceister: The thing about Leceister is they could suffer three straight relegations and their fans are just never going to care. When you’ve pulled off the biggest miracle championship in sports history, you wouldn’t dare ask for more. Luckily, it won’t be that bad. They’ve hung on to Harry Maguire, but lost Riyad Mahrez so he can sit on the bench at City. There isn’t a lot of dash here, but Vardy always scored despite being an asshat. The players could chuck it on Cladue Puel, and then things could get dicey, but they seem destined for mid-table in a unmemorable way. Which is fine with everyone.

Liverpool: The bestest team ever.

Man City: When you roll over the most competitive league, all you can really do is add depth. So that’s what Mahrez is here to do. They have two guys for every position who would basically start most everywhere else. The only hope for anyone (i.e. Liverpool) is that their insatiable thirst for the Champions League causes them to lose sight of the league. It would take that and an injury crisis you’d have to think. Or everyone losing form at the same time. There’s a reason they won this by 17 points last season.

Man United: Now here’s some pointing and laughing. Jose Mourinho’s main trick, other than boring the life and soul out of everyone, is creating a siege mentality for his team. It’s them against the world, and it usually works…when you give him the most expensive squad in the world. Well, he’s got the latter, but he’s only succeeded in creating a seize mentality for himself. He hasn’t stopped bitching since last season ended, either about the board or his players. Paul Pogba has already had it with his bullshit, and that’s a fight Jose won’t win. He’s not the only player who’s probably aching for Mourinho to go. There’s certainly more than enough talent here to run with City and Liverpool, but not if they’re all miserable. If Jose gets sacked before Christmas, maybe someone can save it. Otherwise, they’re looking at third at best. And only because Spurs are too busy paying for a new stadium.

Newcastle: We say it every year. Newcastle should be Spurs or Arsenal. They have the most rabid support in the country. They have the stadium, and could probably sell out a 75,000 seat one if they wanted to. But you won’t find a bigger dickhead owner than Mike Ashley, who will tell you how much money he doesn’t have while stuffing his pockets. Rafa Benitez has bravely stuck on here for reasons only known to himself, even though Ashely won’t let him spend much more than for a pint after lunch. This squad needed a lot of help, Muto is a striker they needed, and Ki and Fernandes from Swansea help. But this could be so much more. Rafa will get the most he can out of them, it just won’t be what it should.

Southampton: Going down because Mark Hughes is a moron. Another coach who would fit in perfectly in the NHL.

Spurs:  Kind of amazing they’re the first team in PL history to not sign one player in the summer. It’s a really good squad, but it isn’t big enough to carry challenges at home and abroad. Their main rivals have improved or were better to begin with. How are they going to bridge the gap? Pochettino is good, but he’s not that good.

Watford: It’s Watford. They’ll start the first two months on fire, beat a couple of the big boys, play some attractive stuff, and then they’ll just fade out of vision right after Christmas, finishing like 14th in peace. And they’ll probably fire the manager, because it’s simply a reflex for them.

West Ham: Whereas Newcastle’s owner is actually an evil little shit, West Ham’s are just more on the incompetent side. But they may have gotten this summer right. Manuel Pelligrini got a lot of shit at City for not being Pep, just like he did at Madrid, but he’s a very good manager. There have been some keen signings to follow him to East London, and there’s actually hope even though all the fans hate the stadium. They’ll be an interesting watch for the right reasons instead of the b-circus they’ve been.

Wolves: They were almost as entertaining in the Championship as Fulham, and unlike Cardiff will at least entertain no matter what they do. They’ve brought in two Portugal internationals, and Ruben Neves is a fun toy. Keep an eye on.