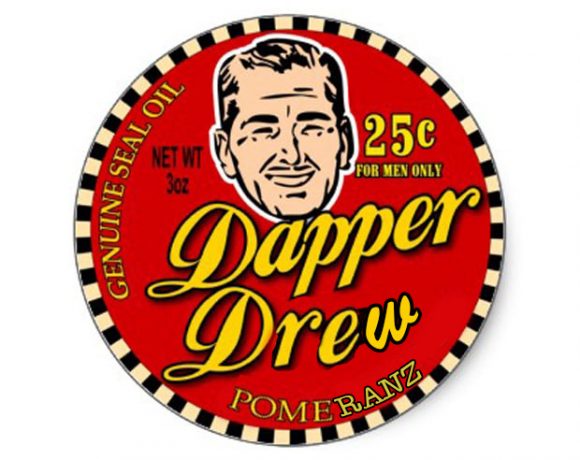 We Can Plant A House, We Can Build A Tree – Cubs Offseason Wishlist: Drew Pomeranz

Quite simply, this was the reliever the Cubs should have gotten at the deadline instead of dead-ass and dude-on-the-couch lookin’ motherfucker Derek Holland. The Brewers did, and watched Pomeranz become a monster out of the pen. Which is what the Cubs need. How much of a difference would Pomeranz have made? Probably not enough, but one you’d notice. Probably wouldn’t have given up that grand slam to Bryce, all I’m sayin’.

Why A Spoon, Sire?: Because as stated above, Pomeranz was absolutely nails once the Brewers turned him into a reliever for the season’s last two months. Pomeranz ran a 47% K-rate to go with a 7.6% BB-rate, good enough for nearly a 7-to-1 K/BB ratio. His ERA was 1.88 out of the pen, with a FIP of 1.92. He gave up 16 hits in 28 innings, and a slugging against of .278. And that was against hitters from both sides of the plate, as he struck out 45% of the righties he saw too.

Coming out of the pen, it was natural that Pomeranz’s already plus-fastball would see a boost because he was only facing three-to-six batters or so. And it did, jumping up to 95.1 MPH average in August and 96.4 MPH in September. You got a lot of lefties throwing 95 MPH around? No, you fucking don’t. They’re pretty rare.

Pomeranz only used two pitches out of the pen, with the other being his curve. That also saw a jump of three MPH as well when he started coming out of the pen exclusively, which can either be good or bad but is enough off of his fastball that’s it’s effective. Pomeranz was also able to almost double the amount of sweep it had across the zone out of the pen, which is a big reason why he was getting nearly a 50% whiff-rate per swing on it in September. Pomeranz’s curve and inclination to throw his fastball high in the zone mean they come out of the same “tunnel,” which is what everyone is looking for these days.

Last year wasn’t the first time he’s come out of the pen, doing so in Oakland and Boston as well before landing in San Francisco. His numbers have always jumped the right way as a reliever, so this is what he is.

Ein minuten bitte, vous einen kleinen problemo avec de religione (he was from everywhere): It’s hard to find too much wrong with Pomeranz, other than last year’s sample size, I guess, and any urge he might have to start again. You could certainly tell him he’d have a “chance” to spot start for the Cubs, and hell you might even mean it, but he’d have to be behind Chatwood and Alzolay on the depth chart.

Pomeranz is only 30, and only made 46 appearances total with starts included, so it’s not like a Cishek situation where he’s going to show up and have his arm turn into putty in August. At least you wouldn’t think. Pomeranz has had his injury issues though, but they were mostly in his days in Oakland and he’s bounced between pen and rotation unscathed the past couple years. Having a clear relief role probably can only help his durability.

Little Silver? Little Gold?: Well, it might not be cheap. Pomeranz might actually end up the most prized reliever on the market given his performance in Milwaukee, up there with Will Smith and Will Harris and whatever other Will might be out there. MLBTR has him pegged at getting a two-year deal for $16M. The Cubs might be cautious throwing that much money again at only a recently-turned reliever after getting burned by Brandon Morrow. But Pomeranz doesn’t have the disastrous injury history that Morrow did, isn’t coming off throwing every game in the World Series, and quite frankly is a better bet. MLBTR has the Cubs going after Will Harris for about the same price, but fuck that. If you’re going to do that, Pomeranz is 30 and not 35 like Harris is. Harris also added an extra month of work on his frame this season. Harris also is more of a weak-contact guy, and the Cubs need more fire and brimstone out of their pen which they didn’t have last year. Adding Pomeranz would provide you that, along with the Wick Brothers, Chatwood and his upped velocity out of the pen, maybe Alzolay, maybe Duane Underwood (or by some prayer Dillon Maples ever figures it out because I’ll never let go). That’s even before you get to whatever Kimbrel is going to be. That’s a lot of angry coming out of the pen, and I want all the angry out of the pen I can get.