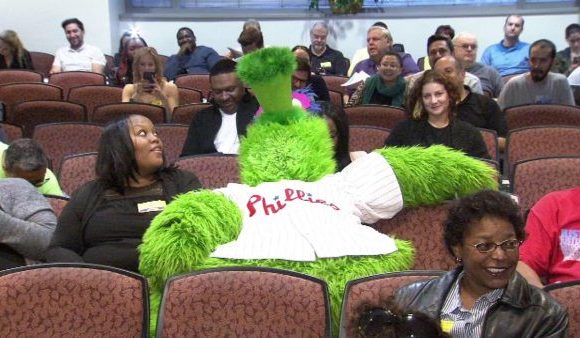 In This Room, Another Lonely Afternoon: Hawks 1 – Flyera 3

On a day that started with possibly the first ever combination of the words “NHL” and “Temple University,” the Hawks got a glimpse of the results their play has deserved lately but Crawford has kept from happening. That’s not to say Scott Darling was bad, he was far from it. But it’s an example of the other-worldly play Crow has had to put forth at time to get the Hawks two points consistently. When you go from other-worldly to just pretty good, the chances these Hawks surrender right now make for less than two points.

And it’s not even as the Hawks were 60 minutes bad. For long stretches they were better, though those came after they were down two goals and could be partially attributed to score effects and having to throw more and more caution to the wind. Given the lineup though, even when the Hawks have the upper hand there are some shifts where they are running around their own end like a kids birthday party where someone gave them all soda. Or they make a mistake at the other line or neutral zone to cause odd-man rushes. Crow’s expected absence for a couple weeks will be an excellent chance to shore this shit up.