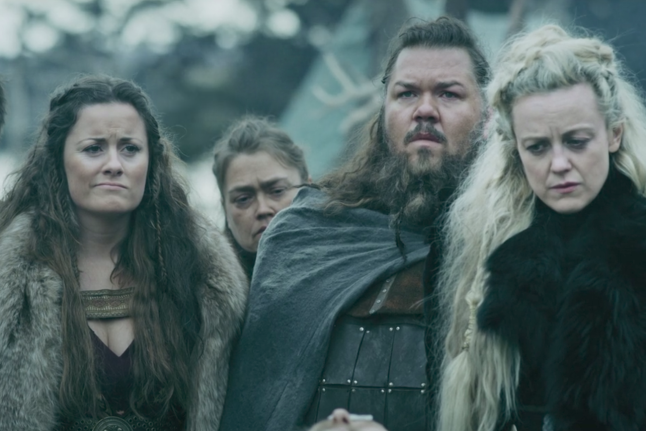 All I’ve heard in my head this week is that goddamned horn: Dailynorseman.com

Another week, another seemingly must-win game for the Chicago Bears. Okay, maybe not MUST win, but a home date with a division rival and staring at either a share of the division lead or 4th place and an 0-2 division start. Call it what you want, but this one is big. It’s also about as close to a look in the mirror as this team gets.

Minnesota and Chicago come in with identical records, albeit early in the season, but the similarities are pretty striking:

The starts to this season aren’t identical, but both sides have losses to Green Bay that were very winnable and one victory over terrible teams (OAK and WSH). Minnesota can boast a complete game in their victory at home over Oakland, while Chicago had some nervy moments late in their two score road victory in Washington. So what else can we glean from the early season picture? Kirk Cousins might be something Mitchell Trubisky strives to be, which honestly sucks a whole lot.

The Vikings have Dalvin Cook, though, and that’s helped to shield Cousins a bit thus far in 2019. Cook has gone over 100 yards every game so far, something a certain former Vikings stud RB never even achieved. Cook is also leaned on in the passing game when Cousins is missing Adam Thielen and Stefon Diggs with regularity. You can expect a bounty of touches for Cook on Sunday as the Vikings look to protect Cousins from a scary but banged up Bears pass rush and ball-hawking secondary. It’s been a very successful formula through three weeks and there won’t be much variation in Week 4. Here it is, Khalil Mack. Come stop us.

Chicago will look to keep building on the momentum of the last two weeks and the gains on the offensive side of the ball, but that’s going to be tough sledding against the Minnesota defense. Matt Nagy has shown that he can definitely coach this team up and work through the problems of the Week 1 debacle, and he’ll need to show even more progress to carry a three-game winning streak into the London trip. The plays are there to be made, and a lot will come down to whether or not Trubisky can hit the wide open receivers his head coach sets him up with. The Vikings will pressure Mitch all afternoon, so getting another quick, rhythm-building start will be paramount to how the offense goes. If they’re stalled and struggling early, this one will be over pretty quickly. Falling behind by multiple scores against a league league leading defense is a test this team hasn’t encountered so far in 2019, and it’s not one I’m sure Nagy and the Bears can come back from.

The biggest key will likely be to further establish the running game and backfield assignments. This new look group has mostly been a work in progress through three weeks, with rookie David Montgomery gaining touches each week and distancing himself from Tarik Cohen, Cordarrelle Patterson and Mike Davis. Speaking of Davis, where the hell has he been? Getting Davis and COhen more involved will help to confuse defenders and opposing coaches, so ideally we’ll see more of that diamond formation but with different RBs in each role so as to better disguise identical plays.

We’re going to learn a lot about this Bears team in Week 4; whether they can continue to adjust and create an offensive identity, whether they can game plan for such a standout offensive performer like Cook, whether they can counterpunch if the early game plan stalls a la Week 1. The progress is beginning to look encouraging, and a win would be another massive boost for a team with playoff expectations. Nagy and Trubisky need to embrace this moment and use it to define Chicago’s 2019.