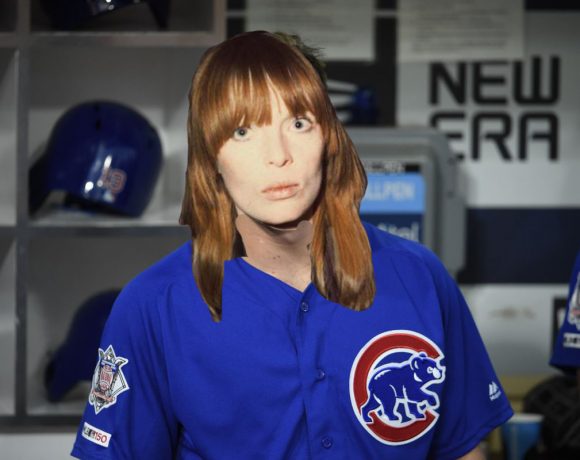 Nico Hoerner wouldn’t be the first kid to be tossed into an emergency situation and end up a team fixture for a long while. It’s just that I can’t really think of another one. K-Rod? Willson Contreras wasn’t thrown into an emergency, he just played his way into a three-catcher rotation in ’16. It does happen on occasion, and considering what the other options are at second base, the Cubs might have to hope it does again.

The excitement over Hoerner basically had to do with the Cubs having a prospect worth a shit for the first time in a couple seasons, the unique circumstances, and some initial success. It also had to do with Hoerner making a lot of contact when the Cubs whiff paranoia was at its highest. That doesn’t mean that Hoerner had any business being in MLB at that point, and was only there due to a lack of depth thanks to the front office, Addison Russell’s inability to do anything right on and off the field, and Joe Maddon’s aversion to even trying Bote there in an emergency.

Overall, Hoerner was a touch overmatched, which isn’t much of a surprise for a player how barely had half of a season at Double-A. He showed a little more pop than you might expect, but that doesn’t mean he had a lot of it, and with his no-walks policy it meant he just didn’t get on base enough. You can do that if you’re Javy Baez. If you’re not…well, you’re going to have to hit an awful lot of doubles for anyone to care.

YES! YES! YES!: The Cubs seem pretty determined to start Hoerner off in Iowa, which makes sense as he’s never been there. They might rotate a couple of burnt steaks in Kipnis and Descalso along with whatever it is David Bote is in the meantime, it’s just figuring out how long that meantime is going to be.

If Hoerner can put up numbers in Des Moines that he did in Tennessee (7.1 BB%, .344 OBP) you wouldn’t think it’s going to take more than six weeks or two months for him to be installed as the everyday second baseman at 1060 West. From there he could be the one hitter other than Rizzo who doesn’t strike out much, and give the Cubs some contact-driven on-base habits at the bottom of the lineup. He’d be another candidate to bat 9th with Bryant leading off to maximize what Bryant is doing in the #1 spot.

Hoerner even boosts all of that by driving up his hard-contact rate (26.5%) from last year, and some of those singles turn into doubles and triples while he sprays line-drives all over the field. That was the big thing for Hoerner’s approach last year. He was happy to use right field in AA but that went away with the Cubs, with just 17% of his contact going that way. Hoerner isn’t a weakling when aiming for right field, and that’s probably Priority #1 the Cubs have told him to work on amongst the corn. If he gets that down, the Cubs might end up with the Marco Scutaro-plus they’re envisioning.

You’re A B+ Player: Hoerner never hits the ball harder, nor uses the opposite field, which means he’s just grounding out to short and third a lot because he almost certainly won’t strike out much. His high-contact ways don’t really matter if all that contact sucks. Hoerner was easily busted up an in last year in his brief cameo, and that’s almost certainly where AAA pitchers are going first when the season starts. If he can’t prove he can turn on those, then his future looks more “Theriot” than “Scutaro.” And that’s a word that should have every Cubs fan’s indigestion level on the rise.

Dragon Or Fickle?: Some of what Hoerner’s future this year is hinging on what the rest of the lineup does. Say the Cubs do hit 1-7, which involves Ian Happ finally blossoming full-time and Jason Heyward hitting righties at merely a decent clip…well then the Cubs can afford to basically go glove-first at second base. And Hoerner is still the best defensive option amongst the four who could line up there (though Kipnis is still pretty good there). And Hoerner has just as much offensive upside as Bote. The Cubs could do what they did with Russell (sadly) in ’15, which is tell him you’re up here to catch the ball and we’ll worry about the offense later.

But there are a lot of ways this could go wrong. The three-headed monster of confusion currently slated for second could all fall flat on their face offensively. Happ could do Happ things and be all over the map. And then the Cubs might need Hoerner to hit straight from Iowa, and quickly.

None of that has anything to do with him though. Hoerner’s contact rate kind of institute a floor, but it also makes him a little BABIP dependents. And he doesn’t have a lot of speed to help with that. Like, he can’t be Tim Anderson (and man, do I wish he could be Tim Anderson). He’s only 22, so there’s plenty of time to add muscle and bat speed with it. Most likely, Hoerner is called up in June after a good to pretty good, but probably not dominant, stretch in Iowa. But I also think the Cubs will hit outside of him, and he won’t be required to carry anything.