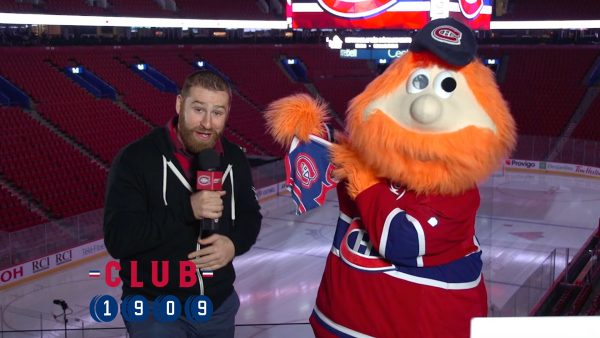 Sadly the Canadiens only visit once a season, so we don’t get to talk to our good friend Laura The Active Stick as much as we’d like (@TheActiveStick). But hey, she’s been out drinking with me and lived to tell the tale. More than Fifth Feather and his wrist can say. Let’s see what she has to tell us about the Bleu, Blanc, et Rouge.

Here we go again. The Habs are on top of the East to start, their underlying numbers are just north of ok, and everyone’s losing their mud. Other than Price staying healthy, why is this team different from last year’s?

I’m cautiously optimistic. The Canadiens are giving up a lot of shots and struggling with getting out of their own zone. The good news is that I think it’s a strategy issue more than a personnel issue. They need to work on that. The other good news is that Carey Price is their goaltender. Nobody wins a Stanley Cup by themselves, but if one player can, it’s Carey Price.

Is this finally the Alex Galchenyuk we were promised?

He was always there. He was never placed in a position to succeed is the problem.

Pacioretty only has two goals so far. He spent the summer listening to how he was a shitty leader and whatever else. Is this just a cold streak or the first signs that he’s the next ultra-talented player the Montreal market will beat down into pulp?

It’s a cold streak, but the market will beat him into pulp anyway.

To be honest, I didn’t expect it to go this well, as evidenced by how the Alexander Semin experiment went. But scoring was one of the myriad of problems this team had in their disastrous season, so this signing was more than necessary and it’s working extremely well.

So is there any way Shea Weber won’t win the Norris this year? It’s been decreed, right? Have to justify it somehow?

If I had any dollars to spare, I would put them all on Shea Weber winning the Norris this year, if not based on his play, based on the PHWA.