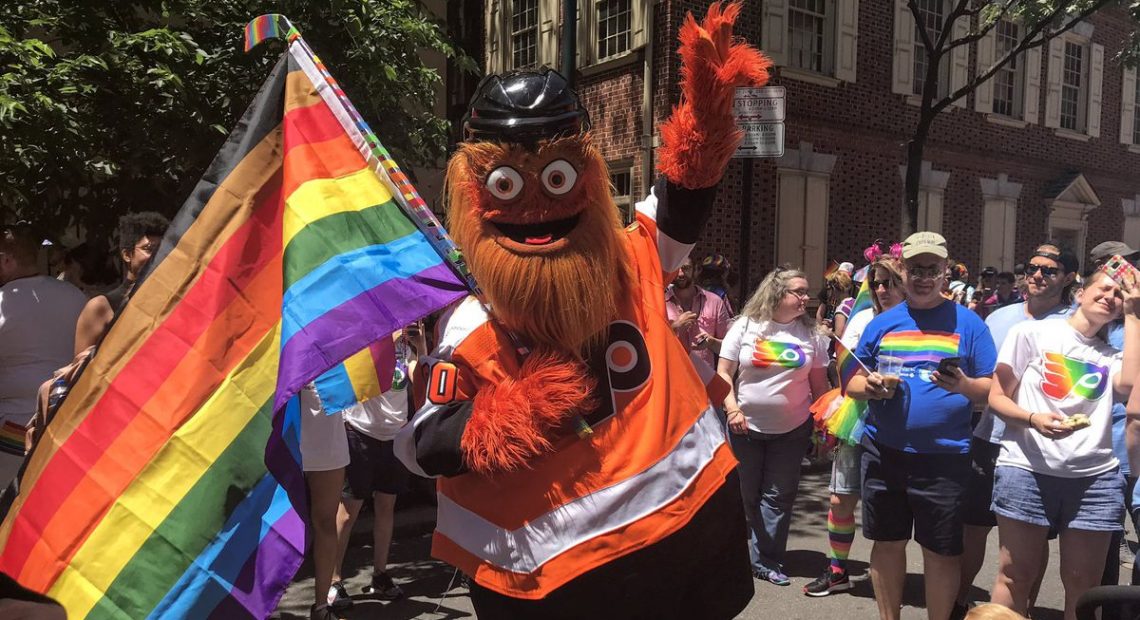 Gritty means clicks. Everyone knows this.

For the past seven years, the Flyers have been bouncing back and forth between a rebuild that never seems to get past the blueprint stage or a love affair with the #7 seed that always ends in a quick first-round exit that you have to be reminded happened in the first place. The Flyers don’t even generate nearly the amount of empty noise they used to, where they would get coverage and media love simply because it was a natural reflex from the past. Suddenly, the Flyers have become a team that’s just kind of there. And it looks like they’re going to be that again this year. Philadelphia never sinks into irrelevance in anything, simply due to the look-at-me obnoxious and yelling of any of their fanbases. But if any team can manage it, it just might be the Flyers. Let’s take a walk…

Goalies: If nothing else, the Flyers actually might have stability in net for the first time in a generation or six. Last year, the Flyers used eight goalies. Eight. Ocho. Acht. Huit. Their crease was almost literally a clown car, and definitely clown shoes. Things smoothed out when top prospect Carter Hart got the call, simply because he was a life-preserver in a rollicking sea of incompetence and silliness, and now he gets the con full time. And hopefully for the foreseeable future.

Hart put up a .917 while seeing almost 32 shots per game behind an porous defense, and he might have to do the same again. Still, at evens he was behind his expected SV% (.917 to .923), a difference that was only a touch better than Mike Smith‘s. If you’re in Mike Smith’s neighborhood on anything, baby you gotta move. But Hart did manage a .906 on the kill, even with the Flyers defensive problems, so that’s where they’ll hope roots grow out from. Clearly all the promise in the world, but life with young goalies can be treacherous. Remember they nearly chased Carey Price out of Montreal once upon a time, though in Montreal they chase just about everyone out of town in between drags of filterless cigarettes and a disdain for life.

Backing him up will be Brian Elliot, who’s been a backup for at least five years now but kept I Dream Of Genie’ing coaches and GMs into thinking he was a starter. Elliot has been pretty mediocre for three seasons now, but with a reduced workload and expectation, he probably can get the Flyers out of 20-25 starts. They’ll take it, considering what they’ve been through.

Defense: Clearly an issue last year as it feels like Shayne Gostisbehere has stalled out and to a lesser extent Ivan Provorov has too. Though Provorov is still only 22, and still needs re-signing as an RFA. The Flyers added Matt Niskanen and Justin Braun (who would have looked pretty all right here, but I digest) to smooth out things and provide an easier runway for their kids like Ghost Bear (if he’s a kid anymore), Provorov, Hagg, Sanheim, Morin, and Myers. Not all of them can play obviously, but all will probably get a look.

Ghost Bear had something of a strange year, struggling defensively and not totaling anywhere near the power play assists he had in the 60+ point season he had the year previous. His metrics were ok, though he gives up better chances than he creates, which might be a reason his name came up in trade rumors over the summer. That is if the Flyers were an organization that paid attention this kind of thing, not one that makes prospects fight to the death in a dark room to decide whom to draft.

Sanheim might be the real treasure here, as he put up the same points as Ghost Bear with glittering metrics and worse zone starts. Niskanen and Braun are clearly around to shield him, and with that sort of assistance this could be a real breakout season for him.

Forwards: The Flyers, in the most Flyers thing ever, traded for the negotiating rights to Captain Stairwell, then handed him $7M a year from here until Global Heat Death to watch him pile up 47-point seasons. The fascination with the younger and quite possibly dumber Hayes has always eluded this blog, though as a #2 or #3 center he probably doesn’t completely murder you.

The headliners are still Claude Giroux and Sean Couturier, who will always pile up the points and the latter can still mark any opposing center out of the game (Toews only sees him twice a year and probably wants to murder him). Jakub Voracek will continue to bounce between the first and second lines and continue to pile up secondary assists, leaving it a mystery to what he actually does. As is their way, the Flyers are paying premium for James van Riemsdyk‘s decline.

What they need is a leap forward from any of Scott Laughton, Travis Konecny, or Nolan Patrick (or Patrick Nolan, I’m not sure it matters), to lessen their dependence on the Garbage Bag Warrior. Konecny has taken a run at 50 points the past two seasons, and with just a nudge and better teammates he could probably get over 60. Though one or two of them might have to move to wing to accommodate Hayes. Konecny, like Provorov, still needs re-signing (we keep writing that. What a strange league).

There’s also Morgan Frost, Joel Farabee, and Isaac Ratcliffe, all candidates to make the team out of camp though more than likely to start in Allentown (what a fate) and perhaps be midseason reinforcements. All of huge promise, and perhaps as soon as next season make the Flyers really dangerous.

Prediction: Niskanen and Braun aren’t dead yet, but are getting up there so depending on them for shutdown or top-pairing roles is a stretch. However, if they can provide shelter for Sanheim and Provorov, and Ghost Bear can find the scoring touch again he has flashed, suddenly this blue line looks pretty tasty. The forward corps looks short, though a leap from one of the kids and a contribution from one of the trio mentioned above and suddenly it might not, even with Claude Giroux definitely on the back nine of his career. They need a full season from Carter Hart, and the Philly crease has swallowed many a kid before and spit back out a smoldering husk of an indistinguishable form.

It’s a lot of ifs, but none are complete fantasy. As stated before, this is a funny division with no truly dominant teams and a few teams that could be just about anything. They would need a 10+ point improvement to make the playoffs, but that’s not asking for the moon given the conditions stated. They’re highly unlikely to grab one of the automatic spots, but fighting for a wildcard down to the season’s last is hardly beyond them.

But again, this is the Flyers. Logic and reason died here long ago, and all we’re left with is a surreal and vulgar landscape. Your guess is as good as mine. 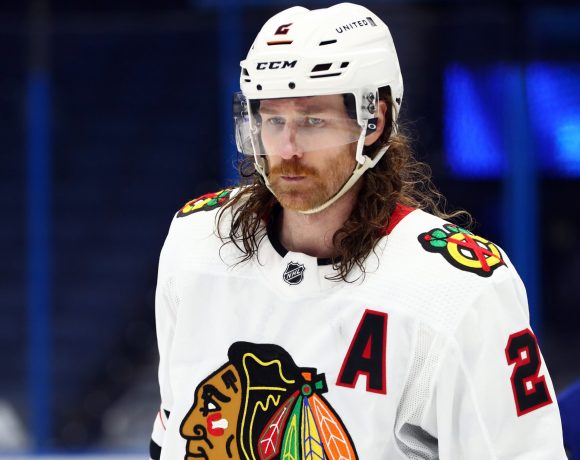 Live From The Five Hole – Why I Like The Robins